Ndidi linked with Man U move 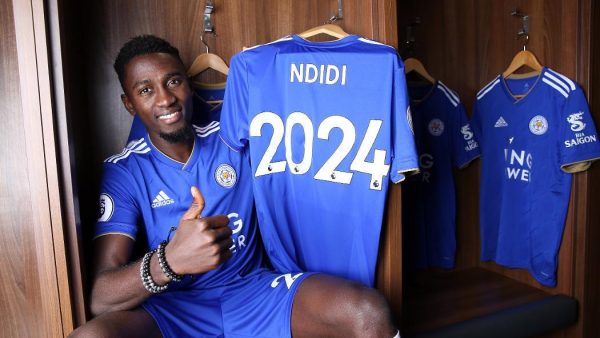 Ndidi has been a key man for Brendan Rodgers’ side and his form has sparked speculation over his future.

Arsenal have been linked with the 23-year-old midfielder, while United have also been mentioned as potential suitors.

The MEN reports: “The weekend win might have seen United triumph in the battle at the King Power Stadium, but it also showed Solskjaer first hand what could be accomplished if his side were to make a move for Wilfred Ndidi summer.

“Ndidi dominated the midfield battle on Sunday afternoon and was part of the reason why United struggled to get the best out of (Bruno) Fernandes in an attacking capacity.

“After another excellent showing it marked another good season for the Nigerian midfielder as he made history in a pretty remarkable way.

“That is because Ndidi has now made the most tackles by any player in Europe’s top five leagues for the third consecutive season, an outstanding statistic and one which highlights the important role he could play at Old Trafford.

“Not only is the 23-year-old viewed as the perfect age for any new United signing but his athleticism and reading of the game would make him the ideal anchor for a midfield that is otherwise attack-orientated.

“United’s pursuit of (Jadon) Sancho will only further add to the attacking threat, but in turn place added pressure on the defensive side of the team to pull their weight and provide the perfect balance required for a genuine Premier League title bid.”