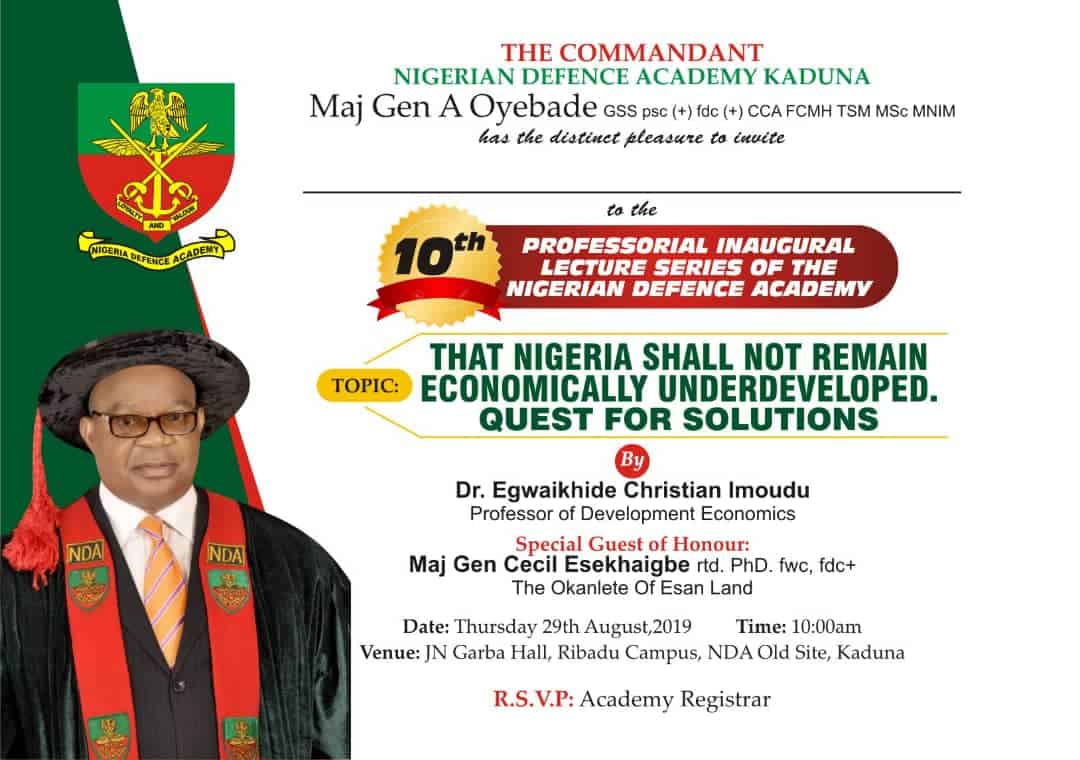 The Nigerian Defence Academy will be holding another professorial inaugural lecture.
The lecture, titled: “That Nigeria Shall Not Remain Economically Underdeveloped: Quest for Solutions,”  will hold on August 29, 2019 at Joseph Garba Hall, Ribadu Campus, Kaduna by 10am.
The lecture will be delivered by Egwaikhinde Christian Imondu, a professor of Development Economics at the NDA, while the Guest of Honour will be the former Academy Registrar, Major General Cecil Esekhaigbe, the Okanlete of Esanland.
The 10th inaugural lecture, according to the Academy’s Public Relations Officer, Major Abubakar Abdullahi, is the seventh to be conducted during Major General Adeniyi Oyebade’s tenure as Commandant of the Academy.
Abdullahi said it is in line with the Academy’s resolve to enhance intellectualism and research among its academic staff.