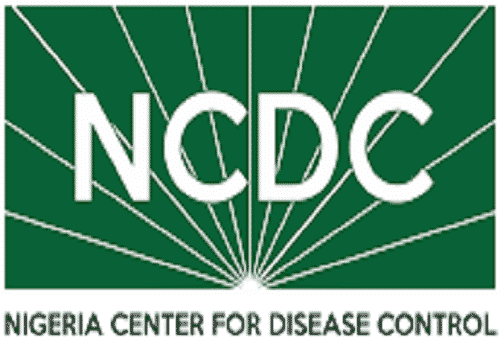 The Nigeria Centre for Disease Control is currently coordinating a multi-sectoral technical group that is assessing and managing the risk of importation of Coronavirus into the country.
The information was contained in a public health advisory by the NCDC on Wednesday.
Coronavirus are viruses typically found in animals, ranging from livestock to household pets and wildlife such as bats.
When they make the jump to humans, they can cause fever, respiratory illness and inflammation in the lungs.
In immunocompromised individuals such as the elderly or those with HIV-AIDS, the virus can cause severe respiratory illness.
The new virus detected in the central Chinese city of Wuhan has claimed lives and infected dozens of Chinese citizens, with a pneumonia-like illness and has no known cure yet.
It was reported to the World Health Organisation on December 31, 2019 and has been under investigation since.
WHO indicates that there are still many unknown issues about the virus, but Chinese scientists linked the disease to a family of viruses known as Coronaviridae, which looks
like spiked rings under an electron microscope.
They are so named because of the spikes, which form a halo around their viral envelope, and are as deadly as SARS and MERS viruses.
Scientists are yet to fully understand how destructive the new virus can be, dubbed 2019-nCoV, but researchers and investigators are just beginning to understand where it originated, how it is transmitted, how far it has spread and symptoms patients present with.
As of January 20, case numbers have skyrocketed to over 200 in China and abroad, as Chinese authorities confirmed that health workers have been infected, suggesting that it has achieved human-to-human transmission.
Meanwhile, NCDC, which is a government agency with the mandate to lead the prevention, detection and control of communicable diseases, stated that it is in close communication with WHO, which is closely monitoring the situation globally.
The NCDC public health advisory noted: “WHO is in direct communication with the government of China and other affected countries, and has released technical and travel guidance to check the spread of the disease.”
The centre, which also has the mandate to investigate and control communicable diseases of national and international public health importance, stated that Port Health Services unit of Federal Ministry of Health had been placed on alert and had heightened
screening measures at points of entry.
It noted that in China, exit screening measures had been enhanced for travellers from Wuhan city at the Points of Entry (airports and ground transport stations) since January 14.
The screening includes temperature checks, provision of information and masks to passengers with fever, as well as directing symptomatic passengers to health facilities for follow up.
The NCDC, therefore, advised Nigerians to remain calm and urged travellers from Nigeria to Wuhan, China to avoid contact with sick people, animals (alive or dead) and animal markets.
It noted that travellers from Wuhan to Nigeria would also be asked questions upon arrival by the Port Health Services unit at points of entry about symptoms of illness and travel history, and be advised to report immediately to NCDC, if they feel ill after a trip to Wuhan.
The centre reiterated commitment to strengthen preparedness and response to infectious disease outbreaks in collaboration with Ministry of Health and its partners.
It then shared information on how to keep safe to reduce the risk of spread of coronavirus, emphasising regular washing of hands with soap under running water.
It advised proper covering of mouth and nose with handkerchief or tissue paper when sneezing and/or coughing and avoiding close contact with anyone showing symptoms of respiratory illness such as coughing and sneezing.
The centre cautioned against self-medication and urged anyone with symptoms to report to the nearest health facility.
It also advised healthcare workers to always observe standard infection prevention and control measures when attending to patients and to take travel history.
It noted that the centre would keep the public updated as more information became available.