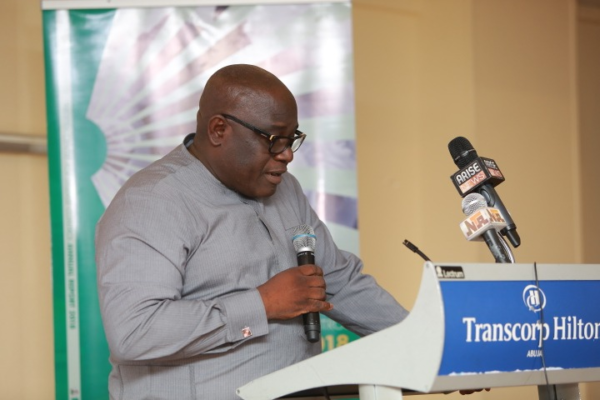 The Acting Director-General of the Nigerian Centre for Disease Control, Dr. Joshua Obasanya, has advised Nigerians to get rabies vaccination as soon as possible after an animal bite.
Obasanya, who gave the advice in an interview with the News Agency of Nigeria on Friday in Abuja, said this was the best way to prevent infection or death.
According to him, getting a rabies vaccination as soon as possible after an animal bite is the best way to prevent the infection.
He said: “Doctors will treat your wound by washing it for at least 15 minutes with soap and water, detergent or iodine.
“Then, they will give you the rabies immunoglobin and you will start the round of injections for the rabies vaccine.
“This protocol is known as ‘post-exposure prophylaxis.’”
The NCDC boss said that animals with rabies can transfer the virus to other animals and to people via saliva following a bite or a scratch.
Obasanya, however, said any contact with the mucous membranes or an open wound could also spread the virus, noting that human-to-human transmission of the virus was extremely rare.
According to him, there are handful of cases reported following transplantation of corneas.
He said: “For humans, who contract rabies, a bite from an unvaccinated dog is by far the most common culprit.
“Following a dog bite, the rabies virus spreads through the nerve cells to the brain.
“Once in the brain, the virus multiplies rapidly.
“This activity causes severe inflammation of the brain and spinal cord, after which the person deteriorates rapidly and dies.
“Animal control will probably try to find the animal that bit you so that it can be tested for rabies.
“If the animal isn’t rabid, you can avoid the large round of rabies shots.
“However, if the animal can’t be found, the safest course of action is to take the preventive shots.”
According to the acting DG, rabies are preventable by following simple measures, which can help keep an individual safe.
Obasanya said: “Vaccinate your pets, get a rabies vaccination before traveling to developing countries, working closely with animals or working in a lab handling the rabies virus.
“Keep your pets from roaming outside, report stray animals to animal control, avoid contact with wild animals and prevent bats from entering living spaces or other structures near your home.”
Obasanya said there was no test to detect early stages of rabies infection, noting that the onset of symptoms, a blood or tissue test could help a doctor determine whether a person had the disease.
He said it usually takes four weeks to 12 weeks for a person to develop rabies symptoms once they were infected.
He, however, said incubation periods could also range from a few days to six years.
NAN.