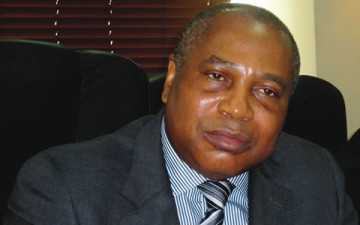 The 2015 annual Nigeria DigitalSENSE Forum on Internet Governance for Development and Nigeria IPV6 Roundtable is gathering momentum with the support of the Nigerian Communications Commission, the National Information Technology Development Agency and the Nigeria’s chapter of the Internet Society among others.

Confirming this in Lagos, the Executive Director, Operations at DigitalSENSE Africa Media, organisers of the two-day forum and exhibitions slated for June 4 to 5, Nkemdilim Nweke, said the event would hold at the Welcome Centre Hotel, Muritala Muhammed Airport, Lagos.

Nweke also said the theme of this year promises to be both exciting and educative, explaining that Day One of the event would dwell on: “Net Neutrality and Nigerian Internet Users,” while Day Two which is the Nigeria IPV6 Roundtable hosted in commemoration of the World IPV6 Day 2015 comes, with the theme: Taking Advantage of Broadband for IPV6 Penetration.

According to her, the Permanent Secretary, Ministry of Communication Technology, Dr. Tunji Olaopa, would be accompanied by the Director-General of NITDA, Peter Jack, and the Executive Vice Chairman of NCC, Dr. Eugene Juwah, in declaring the event officially open on the morning of the first day.

While Jack is also expected to present position paper on NITDA’s intervention on regulation of ICT hardware in the country and day one theme, the EVC of NCC would lead discussions alongside the President of ISOC Nigeria, Chief Engineer, Gladomenico Massari, to x-ray the theme for day two alongside Muhammed Rudman.

Nweke called on corporate industry players to take advantage of this event to engage stakeholders, especially the community-based organisations, youths, students and women, whose number as far as the usage of Internet is concerned.

Nigeria DigitalSENSE Forum on Internet Governance for Development is in its seventh year and has been a rallying point for Internet Stakeholders in the country since 2009.