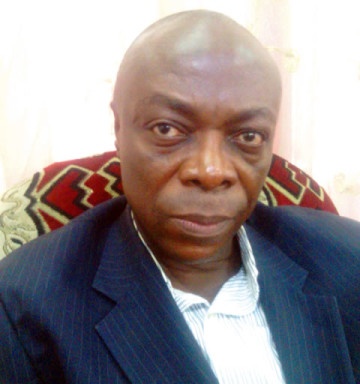 The Lagos zonal Director of the National Copyright Commission, Barrister Chris Nkwocha, has debunked the claim that the Commission is doing nothing concerning the recent piracy of some notable movies at Alaba Market in Lagos.

Nkwocha said the Commission has just confiscated about 20 containers of pirated works which include books, musical works and films at the point of entry.

He said the products were worth N10 billion.

Nwocha confirmed to newsmen during the week that the container was seized by operatives of the Nigeria Customs Service at the point of entrance.

He said all hands are on deck to make the country an unbearable place for piracy to triumph, adding: “We have about 173 cases of piracy in various courts throughout the country.”

According to Nkwocha, despite the challenges the commission is facing, it has done a lot to stem the activities of the pirates in recent times, adding that when his Commission received a distress call on February 9, 2015 from Gab Okoye that some of his movies – Tango with Me, Phone Swap and Onye Ozi – were pirated, his men swung to action and one Samuel Oluchukwu Eze was arrested.

He explained that on the same day, his men also apprehended another man, Donatus Madu, who was charged to court on May 12, but the culprit was granted bail and refused to turn up for trial.

He said this forced the court to issue a bench warrant for Madu’s arrest.

He was then brought to court on May 26 for arraignment before Justice O. Ajumogobia of the Federal High Court, Lagos.

The Director pointed out that the Commission has not relented in its fight against piracy, noting that in the recent past, pirated works, which comprise literary, musical and films, worth about N6 billion were bunt.

“The purpose of the burning exercise was to demonstrate the Commission’s commitment to zero tolerance for policy on piracy and send a warning signal that piracy would no longer be a profitable venture,” Nkwocha said.