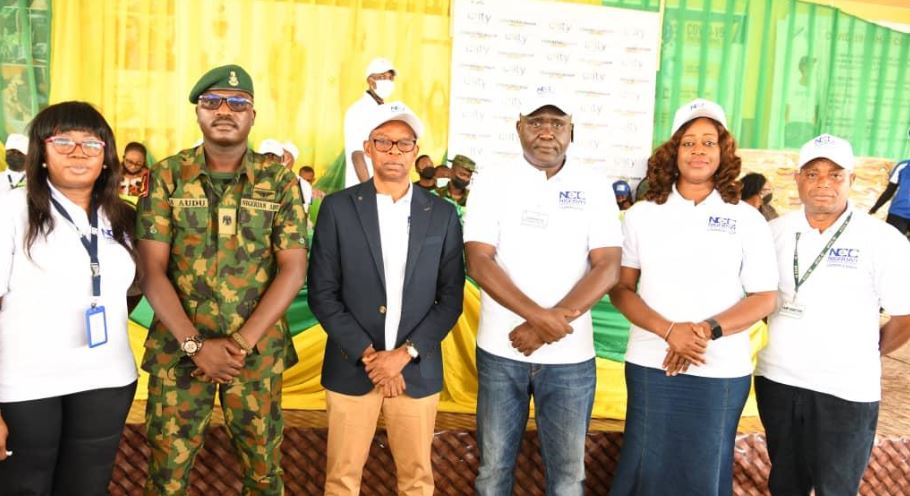 The Nigerian Communications Commission has urged Nigerian youths to leverage Internet/broadband access to unleash their potential for innovation and creativity, as well as their quest for job opportunities and skills acquisition.

The Executive Vice Chairman (EVC) of the Commission, Prof. Umar Garba Danbatta, made the call during the presentation of 100 pieces of mattresses to the Federal Capital Territory’s Permanent Orientation Camp of the National Youth Service Corps (NYSC), Kubwa, Abuja recently. 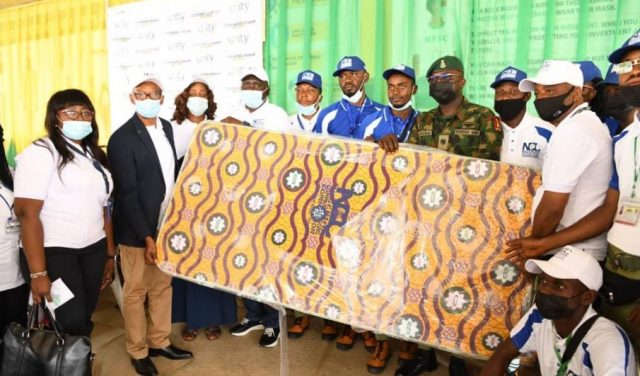 The presentation of the mattresses was in demonstration of the Commission’s solidarity and corporate social responsibility (CSR) to support the replacement of some of the items carted away from the camp by hoodlums during the #EndSARS protests of October 27, 2020.

Speaking on behalf of Danbatta during the presentation, NCC’s Director, Public Affairs, Dr. Ikechukwu Adinde, said the youths play a great role in nation building as they contribute to national development by bringing about social reforms, noting that the NCC will always support the course of the youth in the country.

Adinde said the Commission, has various youth initiatives and programmes aimed at making them self-reliant while enhancing their contributions to the economy.

He, therefore, charged the corps members to use Internet services for gainful and profitable activities, while also advising them to refrain from using their access to telecoms services for irresponsible and nefarious activities, which could land them in trouble.

“Access to telecommunication services, especially the Internet, plays a key role in job creation for the youths and ultimately for accelerating economic development. It is critical to the overall socio-economic well-being of every economy and the youth have a greater role to play, as agents of social change, in using the Internet for positive ventures,” he said. 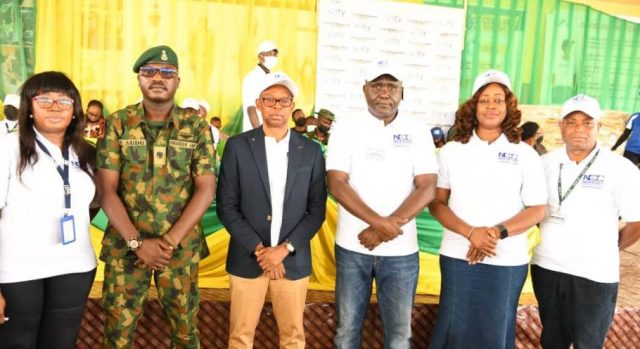 He also charged the large gathering of corps members, who attended the presentation ceremony, to take advantage of the various consumer-centric initiatives which the Commission has emplaced to protect and empower them as active users of telecoms services.

These include the NCC’s toll-free number 622 for consumer complaints resolution, the NCC Do-No-Disturb 2442 Short Code for dealing with unsolicited text messages, the 112 National Emergency Number managed by the Commission’s Emergency Communications Centres (ECC) located across the country.

Meanwhile, NYSC FCT Coordinator, Abdul Suleman, expressed appreciation for the solidary and support shown by the NCC to the NYSC family, especially regarding the welfare of corps members deployed to the Federal capital for the mandatory one year service to the nation.

“I am happy to receive 100 mattresses donated by the NCC, under the leadership of Prof. Umar Garba Danbatta, the Executive Vice Chairman/CEO, to alleviate the pains inflicted by the miscreants who vandalized the camp. The generosity of the NCC is coming at a time it is most needed, especially with the orientation camp in session.”

“On behalf of the Director-General, Management, Staff and Corps members, I wholeheartedly express our profound gratitude to the NCC for the magnanimous gesture and for investing in the Nigerian youths,” Suleman said.

At the presentation ceremony, the Commission created a lot of fun and excitement for the corps members through the ‘fast-finger’ game where airtime of different network operators were picked up freely by the corps members. Smart phones were also given out to lucky winners of the raffle draw organized by the Commission.