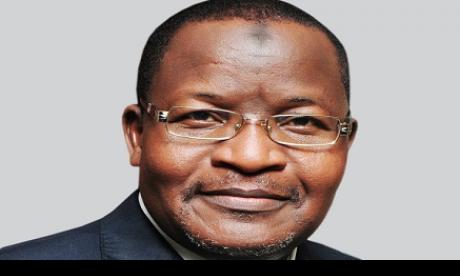 Share
Facebook Twitter LinkedIn Pinterest Email
The Nigerian Communications Commission has agreed to release the commission’s data from the ongoing Subscriber Identification Mode cards registration exercise to the National Identity Management Commission.
Prof. Umar Danbatta, the Executive Vice Chairman of the NCC, stated this when he received the Director-General of NIMC,  Aliyu Aziz, who paid him a courtesy visit in his office.
Danbatta said the release of the data to the NIMC was to give a boost to efforts of the Federal Government toward harmonizing biometric data capturing by different agencies in the country.
Danbatta said the decision to release the data was in line with government directive to transfer validated data to sister agencies.
He said: “I will like to pledge our commitment to this cooperation between the NIMC and the NCC to ensure that we have a secure and reliable database containing biometric information for all Nigerians.
“The data will definitely augur well for the security of the country among other benefits. So, we are committed to do this.
“We recognize the importance of this cooperation and I will like to stress the need to give it all the seriousness it deserves.
“I am happy that there’s a Memorandum of Understanding and also there is Federal Government’s directive which would help in facilitating the data transfer.”
Danbatta, however, called for the reinvigorating of the existing inter-agency committee handling the exercise in order to fast track the peace-meal data transfer to NIMC.
He further said the NCC would ensure that the data transferred to NIMC would be fully backed up to avoid any hitches in the future.
Responding, the NIMC boss expressed delight at the cooperation between the two agencies, adding that the data transfer would also improve the ongoing National Identification Number exercise of the commission.
He said NIMC would use the data to assign NIM to Nigerians who were captured in the validated data received.
It can be recalled that inter-agency and other stakeholders’ collaboration is a key component of the Eight-Point Agenda unveiled in February by NCC.
NCC NIMC Umar Danbatta
Share. Facebook Twitter Pinterest LinkedIn Tumblr Telegram Email