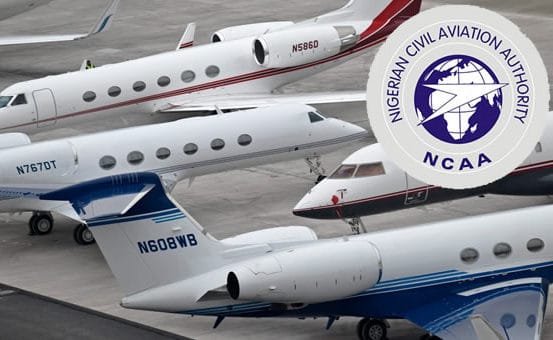 The Nigerian Civil Aviation Authority said it was closely monitoring investigations into the safety of Boeing 737 MAX 8 aircraft following Sunday’s crash of an Ethiopian Airlines flight.
Sam Adurogboye, General Manager, Public Relations, NCAA, made the assertion on Tuesday in Lagos.
The News Agency of Nigeria reports that Ethiopian Airlines had grounded all B-737-800 MAX aircraft in its fleet until further notice following the crash of its flight ET302 which killed all 157 people on board.
Some other countries had also grounded the aircraft type in their operations following the global safety concerns.
Adurogboye, however, assured the Nigerian flying public of their safety, saying there was no cause for alarm.
He said: “Presently, the accident aircraft type, Boeing 737 Max 8, is not in operation in the country.
“However, the NCAA in line with its safety oversight mandate enshrined in the Civil Aviation Act 2006 is consciously monitoring the developments.
“This is with a view to take the necessary steps that will enhance the safety of all aircraft in operation within the Nigerian airspace.”
Adurogboye said NCAA would continue to ensure that safety regulations were strictly adhered to for the safety of all in Nigeria.
He expressed the NCAA’s commiseration with the Ethiopian Airlines and the families of victims of the accident.