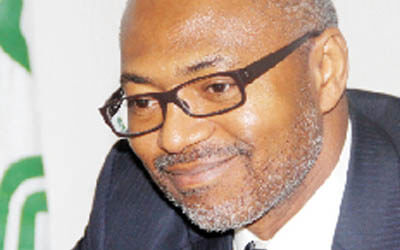 The National Broadcasting Commission on Monday said its target was to switch over 80 per cent of Nigerians on Free-To-Air television services to digital services before the June 20, 2017 deadline.
The Director General of the NBC, Emeka Mba, made this known in a statement obtained by the News Agency of Nigeria in Lagos.
Mba said Nigerians had been given detailed explanation on why the commission could not meet the International Telecommunication Union’s June 17, 2015 deadline.
NAN reports that the ITU had set June 17, 2015 for the switchover from analogue to digital broadcasting.
Mba said the inability to meet the deadline was largely due to lack of funding.
He said: “But we have also seized the initiative by working with our neighbours in the ECOWAS.
“ECOWAS are also looking up to us for leadership and partnership and we have agreed on a new Digital Switch Over deadline of June 20, 2017.
“We in Nigeria are working day and night to meet this new deadline.
“Our target is that by that date, more than 80 per cent of Nigerians that depend on free-to-air television services are given adequate coverage before the final switchover.
“We cannot afford to leave anyone behind. Indeed, we are not leaving anyone behind.”
Mba said the commission’s pilot state, Plateau State, already had full digital signal coverage.
Mba, however, recognised that the large majority of people who receive free-to-air television were yet to be on digital and could not afford digital television sets or subscribe to pay platforms.
According to him, they will need Set Top Boxes to enable them enjoy the digital experience.
He said that the commission had, therefore, put in place a strategy for securing STB, which would enable everyone join the digital platform.
Mba said in the statement: “Our STB strategy is to manufacture it here in Nigeria.
“In that regard, we are already working with 18 Nigerian companies which are at various stages of starting local production of STB.
“This will not only provide the needed equipment, but will also provide badly needed jobs for Nigerians.
“However, the first batch will be manufactured offshore, in order not to further delay the transition.
“Plateau State is almost ready for deployment, and we are already looking to the next set of states that will join the digital platform.
“We are at the same time encouraging the development of the digital platforms through the Pay TV services, now available in about 32 cities across Nigeria.”
According to Mba, the NBC will start its public enlightenment this month.
He said the commission would carry out grassroots campaigns to make sure that people were adequately and accurately informed of the change that was coming.
NAN.