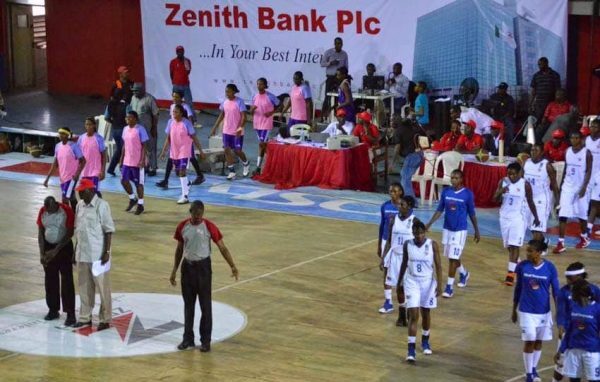 The Nigeria Basketball Federation  on Tuesday asked interested individuals and corporate entities to apply for slots in the Zenith Bank-sponsored Women’s Basketball League ahead of its new season.
Afolabi Oni, the federation’s Media Officer, disclosed in a statement that the decision was arrived at during its board meeting held in Lagos.
He said: “The federation believes that, in line with its mission statement, interested teams are encouraged to register ahead of the 2019 season.’’
The federation spokesman quoted Musa Kida, the NBBF President, as saying they were looking forward to expanding and accommodating in the league as many teams as possible.
He said: “I am quite happy with what I see in terms of response and I just want everybody to be rest assured that anybody who expresses interest will surely be considered and given a chance to participate.
“The smallest women’s teams around can also express interest in participating in the league, and they will be given the chance.”
“Knowing fully well that there is a risk of over-subscription, following the continued growth of basketball in Nigeria, the NBBF board is ready to consider and accommodate all genuine clubs.
“If we have an over-subscription, we are ready to consider everybody in a way that they will participate and after that we will have the number of teams that we require for the league.”
The News Agency of Nigeria reports that the 2019 Zenith Women’s Basketball League will begin on July 1.