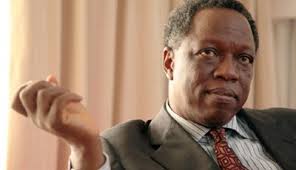 The Nigerian Bar Association on Saturday expressed the need for corruption-free judiciary in 2014, saying that all necessary machinery should be put in place to achieve it.
The President of the NBA, Okey Wali (SAN), made the call in an interview with the News Agency of Nigeria in Lagos.
Wali said as the year was gradually coming to an end, adequate steps should be taken to promote a more efficient judicial system in the coming year.
He said that 2014 should be characterised by a more efficient judicial system with adequate working machinery that would enhance effective justice delivery.
He said at present, judges were still saddled with the rigour of taking down proceedings in “long-hand.”
He said that these were some of the problems to be remedied in 2014.
Wali said: “A major problem which requires redress in the judiciary is the issue of funding, and this simply entails the provision of more working facilities to enhance a smooth operation of the system.
“The Nigerian judiciary is one that I know in this age and time, where judges still take down proceedings in longhand.
“If automated recording devices are provided in all our courts, proceedings will definitely be faster and this will promote the speedy dispensation of justice.”
Wali, however, noted that although some of the delays were caused by lawyers, litigants and judicial officers, such situations could be dealt with following practice direction of courts.
“There are practice directions, which deal with the issue of delays and frivolous adjournments, and which also stipulate a time limit in the filing of processes,” he said.
The NBA president also lauded the initiative of the National Judicial Council in addressing the rot in the judiciary.
He said that more efforts should be put in place to ensure that corruption became a thing of the past in the system.
The Ikeja branch Chairman of the NBA, Onyekachi Ubani, said that more was still needed from the judiciary in the coming year.
Ubani said that the fight against corruption in the judiciary must be taken seriously to forestall a collapse of the system.
Ubani said that although the NJC had put up a good fight against corruption, more efforts were still needed wipe it completely from the system.
“A major issue, which calls for urgent redress in the judiciary, is corruption and its antecedents, and this should be the focus of the NJC in the upcoming year,” Ubani said.
He said other issues requiring attention include the independence of the judiciary, provision of infrastructure, funding, creation of more judicial divisions and ensuring the competence of judges.
According to Ubani, there is a dire need to create more judicial divisions in the country to cater for the backlog of cases pending in the courts so as to promote speedy access to justice.