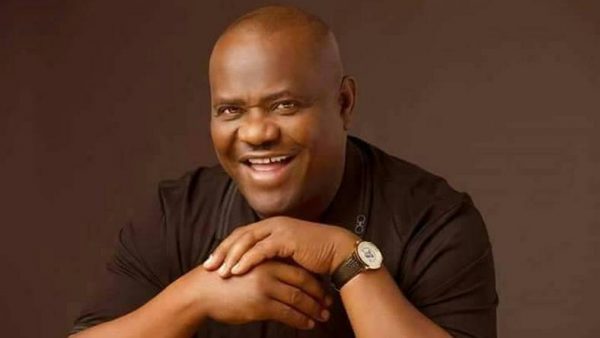 Governor Nyesom Wike of Rivers State has accused the Nigeria Bar Association of being “comfortably indifferent and cowardly voiceless” to issues and challenges affecting good governance, democracy, legal system and the rule of law.

Wike stated this on Monday in Port Harcourt at the NBA 2021 Annual Conference, with the theme: “Taking The Lead.”

He stated confronting the government may be tough and often misinterpreted politically, but there should be no room for reticence, retreat or surrender.

He said: “We must aspire to have excellence in our judicial system and prevent innocent persons from suffering adversity because of the failures of our legal system.

“We must speak about judges’ lack of courage to enforce our laws with equal measure, or worse still, because they have sold out to some form of political intimidation or pressure.”

According to Wike, taking the Llad, therefore, is to transform and reform the NBA to an activist association willing and ready to use the law to advance the values and aspirations of the law profession, and for the progress of society as a positive social force for change with courage and determination.

He said: “Taking the Lead is to reclaim and uphold the values of the profession we once held; to have the courage to challenge what is wrong and unjust; to break free from tired traditions and status quo of the system.

“To question the motives of unfair and inequitable governmental actions and decisions; as well as to take appropriate and bold steps to eliminate the increasing costs, delays and drudgery of our criminal justice system.

“Taking the lead is to embrace the truth and having no patience for injustice; no tolerance for bad governance.”

The Rivers State Governor said for the NBA to take the lead, it must have no sympathy for political leaders who fail their citizens.

He said there should be no sympathy for timid and incompetent judicial officers who betray their judicial oath with wrong and conscienceless judgements.

He added: “I do hope and pray that from this conference the NBA will reawaken to its responsibility as the trustee of our legal system, resolve to guard against the easy slide into passivity and find the courage and inspiration to fight for good governance, democracy, judicial independence and the rule of law as the identities and traditions of our country through positive activism.

“This is the mission of our profession and vigilance is the price of liberty.”

He faulted Executive Order 10 and said it was an oppressive erosion of the powers and autonomy of the sub-national governments to administer their own judicial budgets according to prevailing economic indices.

He said: “This is what informed the decision to seek judicial interpretation of the Order’s legality or otherwise.

“It is for similar reasons of strengthening fiscal federalism that we are in court to determine the proper authority, under our Constitution for imposing and collecting the Value Added Tax in our country.

“These are very nationally sensitive issues and Nigerians are eagerly waiting for the final outcome of the judicial process.

“We therefore wonder why the Supreme Court is not giving accelerated hearing to these matters and we respectfully request that this should be done in the national interest.”