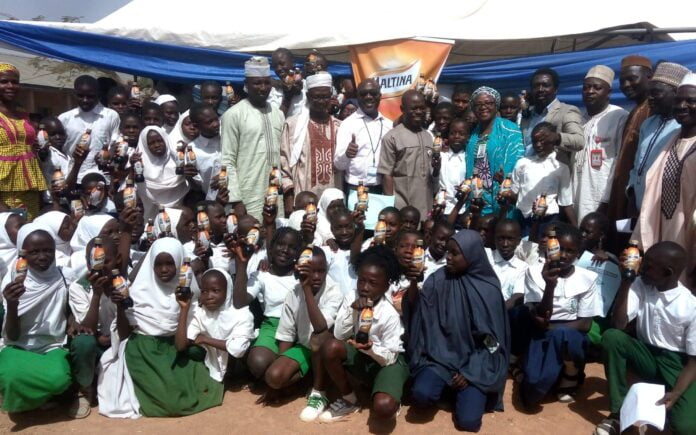 The Nigerian Breweries Plc on Thursday inaugurated a block of five classrooms and six toilets at Local Government Education Authority Primary and Junior Secondary School, Nasarawa II, Kaduna.
The Managing Director, Jordi Bel, while handing over the renovated facilities in Kaduna, said the gesture was part of the company’s corporate social responsibility aimed at improving the learning environment.
Bel, represented by the company’s Manager in Kaduna, Abbey Ajayi, said the intervention was in recognition of the importance of education to the development of any society.
He noted that without good environment, learning will be stressful.
He said: “We are handing over five newly-renovated classrooms and six toilets renovated by Nigerian Breweries as the company’s contribution for a better education environment.
“This is one of the many interventions executed in line with our philosophy of ‘winning with Nigeria’ and a demonstration of our unwavering commitment to the developmental aspirations of the people of Kaduna State.
“The project is also an addition to several other projects executed in the last 10 years across states in Northern Nigeria for the benefit of our immediate host communities.
“This is in line with our corporate social responsibility goal of being a responsive and distinguished corporate citizen of the states where we do business.”
Bel said the money used for the project was from the trust fund the company established in 1994 to enable it play a more active role in the development of education in the country.
He added that through the fund, Nigerian Breweries had impacted on more than 53,000 students across the country.
“We have also built about 400 classrooms, 35 libraries equipped with furniture and books in both primary and secondary schools in various communities across the country,” he said.
The NB boss explained that Kaduna remains a hub for the company’s operations, adding: “We have been operating in Kaduna for the past 55 years and the town is central in the economy of Northern Nigeria.”
The Commissioner for Education, Dr. Shehu Makarfi, described education as the “ key” to development and thanked NB for the support.
Represented by the Permanent Secretary in the ministry, Phoebe Yayi, the commissioner said the state government was doing a lot to revamp the education sector.
John Oloruntoba, a pupil of the school, thanked Nigerian Breweries for the gesture and prayed God to bring more groups to assist in the provision of classroom furniture and library to aid their learning.
Jera Moses, Head Girl of the secondary section, described education as the “power” needed to tackle the mirage of problems facing the country and called on government and corporate bodies to give it due attention.