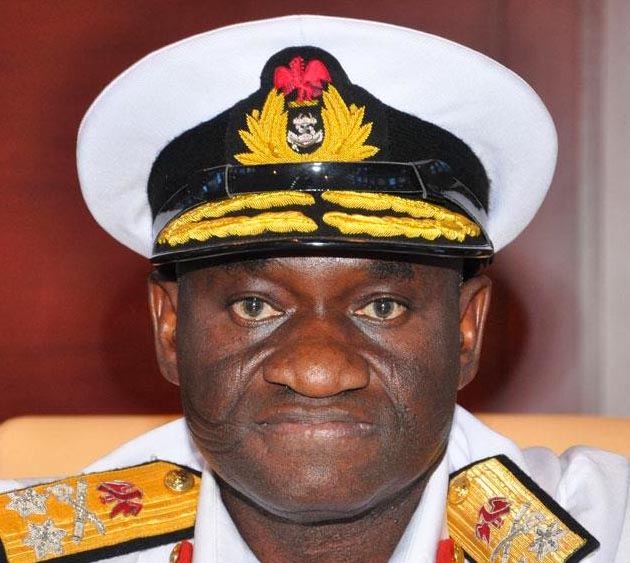 The Nigerian Navy on Friday took delivery of a new warship called: NNS OKPABANA.
The acquisition of the warship is part of its efforts to tackle maritime related challenges.
Receiving the vessel in Lagos, the Chief of Naval Staff, Vice Admiral Usman Jibrin, said the addition of the vessel would boost the Navy’s war against maritime crimes.
According to Jibrin, OKPABANA was the second of the Hamilton class of cutters to join the NN fleet between 2014 and 2014.
He said: “It is worthy of note to state that the successes recorded by NNS THUNDER in curtailing threats in our maritime domain and the larger Gulf of Guinea region, with the confidence reposed in our country by the USA that made it possible to acquire NNS OKPABANA.
“The addition of this ship into the NN fleet will certainly bolster our zeal to end the menace in our maritime domain and the region, as well as support the regional and global effort to eliminate transnational maritime threats.
“This nation has always requested the navy to do more and with this, the government recognises that there must be needed platform for the navy to do its job well.
“The present government headed by President Goodluck Jonathan took the recapitalisation of fleets as a huge challenge and has invested huge funds through the acquisition of two Off-Shore Patrol Vessels from China and this one from USA.
“It is hoped that by the time we take delivery of all, the NN will be better for it.
“For us to be able to do effective maintenance, it is better to co-locate the two ships (OKPABANA and THUNDER) in the same command.
“However, deployment should be based on threat perception.
“If they are closely related and are operating about the same area, our maintenance team can be co-located where they are and sourcing for spares will be easier.
“We have opened a maintenance channel with the American government such that we can always source for spares.
“Apart from that, our maintenance that has been working onboard THUNDER will be maintained for OKPABANA and we will continue to maintain the channel of spare sourcing to avoid what happened to ARADU.”
On the partnership between Nigerian and China on the upgrading of the Port Harcourt, Rivers State shipyard, the naval chief said the Chinese team was expected to be in Nigeria by the first quarter of this year.
Jibrin said the second locally built ship has been launched (lowered into the water), adding that the engineering team would proceed with the fittings and installations of all ancillaries.
He said once that was done, the ship would be put to sea, adding: “NNS ARADU is not the first ship built for Nigeria.
“All our ships before now were built for NN and to our specification.
“It is because we want to quickly meet with the yearnings of Nigerians that we went into acquisition of these ships.
“A ship is not something you can buy off the shelve.
“It has gestation period from acquisition to take off.
“It took us four years for ARADU to be constructed, but these ones we are bringing from China took two years.
“But for the fact that we decided that the second one will be completed at the Naval shipyard, the second one would have also been completed by June.”
In his remark, the US Ambassador, James Entwinstle, said both countries were interested in a peaceful, well policed Gulf of Guinea.
Entwinstle said the US support has significantly increased Nigeria’s ability to reach the shared goal.
Entwinstle, who was represented by the US Consul General, Jeffery Hawkins, said most of Nigeria’s security problems come from the sea.
He said: “Many of the regions’ security challenges come from the sea and this powerful new naval platform will enhance Nigeria’s ability to control the maritime environment.
“OKPABANA is the first Nigerian vessel to have a Regional Maritime Awareness Capability system on board.
“This system will link back to the NN wider R-Mack network and expand NN’s ability to track and identify vessels throughout the Gulf of Guinea.”
The vessel was formerly a United States of America Coastguard GALLATIN.
Although the ship was donated to NN by the US Government, the navy spent about $8.5 million in refurbishing the vessel and emplacing its armaments.
Designed as a high endurance cutter, OKPABANA has a crossing range of 9,600 nautical miles, which is translated at 17,800km at 20 knots.
The ship also has an 80 foot flight deck that is capable of handling helicopters which of course make her an ideal platform for extended patrol mission, as well as a crew capacity of 170 personnel.