Navy hands over tanker-load of suspected adulterated diesel to NSCDC 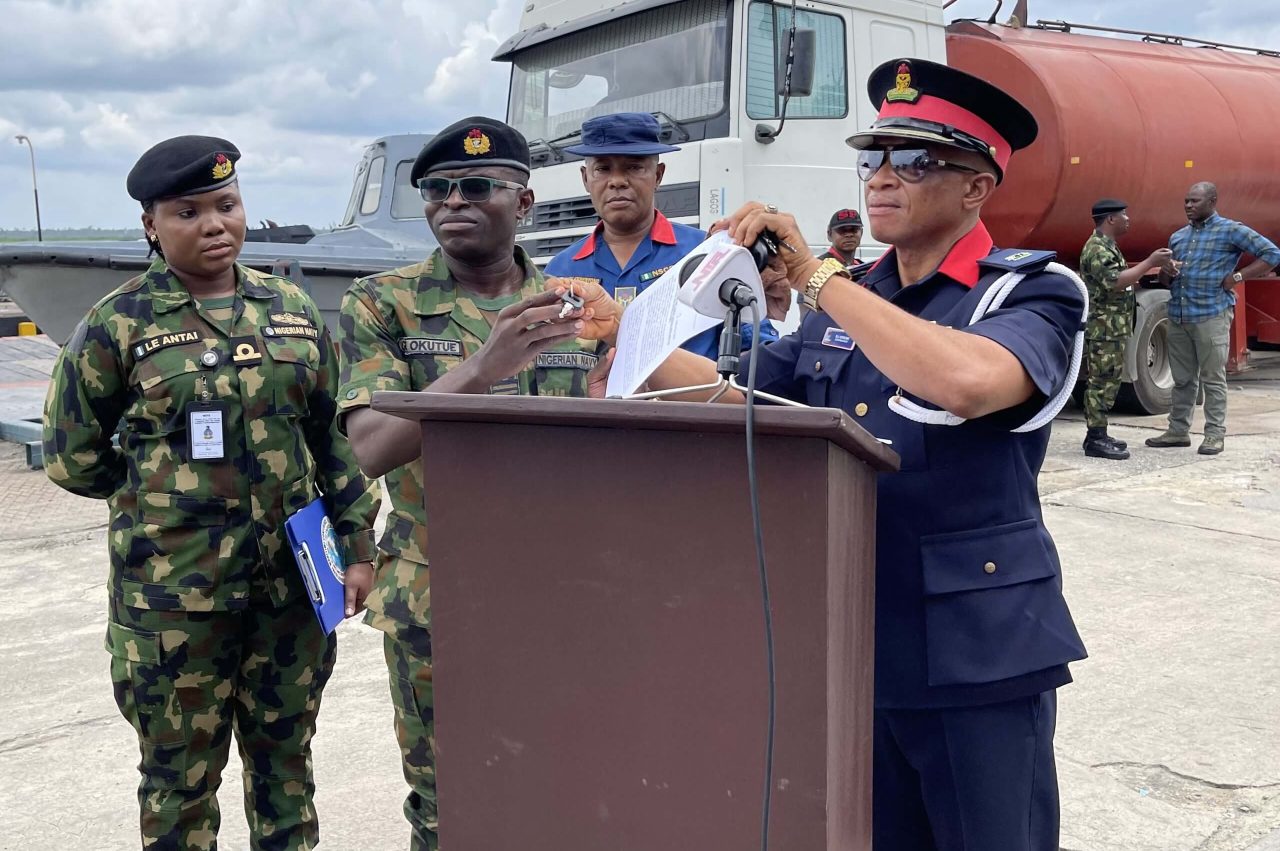 The Nigerian Navy Ship Victory on Friday in Calabar, Cross River State handed over a tanker-load of unspecified litres of diesel, suspected to have been adulterated, to the Nigeria Security and Civil Defence Corps.

He handed it over to the Commandant of the NSCDC in Cross River State, Samuel Fadeyi.

Dewu was represented by the Base Intelligence Officer of NNSV, Calabar, Lieutenant Commander Godswill Okotue, while the Public Relations Officer of the NSCDC, Solomon Eremi, represented Fadeyi at the ceremony.

Dewu said that the truck was arrested on August 19 at the Nigerian National Petroleum Corporation Park at Esuk Utan Community in Calabar.

According to him, when naval officers arrived at the park, the driver and his assistant had fled, abandoning the tanker.

He said: “The product is suspected to have been adulterated diesel with unspecified number of litres.

“In line with extant regulations, we are handing over the tanker to the NSCDC for onward investigation and prosecution.”

Speaking after receiving the tanker, Fadeyi thanked the Nigerian Navy for the synergy.

Fadeyi assured that the NSCDC would go after the suspects and ascertain the content of the tanker.