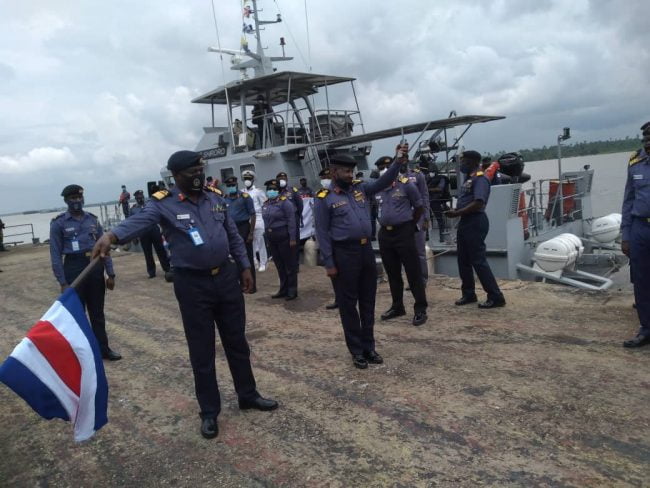 The Eastern Command of the Nigerian Navy, Calabar has flagged off: “Operation Bekan Mmon II,” meaning Calm Water in Efik language, aimed at curbing the myriads of insecurity challenges in the maritime domain.

Adeniran said the need for training and retraining in various operations had become expedient to navies in the world over because of the dynamics in contemporary maritime security threats.

He mentioned some of the security threats to include piracy, hostage taking, kidnapping, illegal oil bunkering, poaching and crude oil theft, among others.

The FOC said Nigeria as a part of the world and a littoral nation, has had its own share of the security challenges.

He said: “It is pertinent to state that Nigeria’s survival is largely dependent on the maritime environment.

“Therefore, the Nigerian Navy as the lead agency in the maritime sector has always made efforts by taking steps to sustain a secured maritime environment for economic prosperity of the country.

“In line with these efforts at deterring maritime crimes and planned violent agitations within and around Nigeria’s maritime environment, Operation Calm Waters I was activated in May 2019.

According to Adeniran, the operation led to the arrest of 540 suspects, destruction of 200 illegal refineries sites, naturalisation of 11,000 metric tons of stolen crude oil and 15,000 metric tons of illegally AGO as well as seizure of 25,000 x 50 kilogram of smuggled parboiled rice.

He added that the flag off of the operation was to consolidate on the successes recorded in Operation Bekan Mmon I, adding that the activation followed the strategic directives of the Chief of the Naval Staff, Vice Admiral Ibok-Ete Ibas.

He called on the communities within the Eastern Naval Command Area of responsibility to continue to support the Nigerian Navy towards ensuring a secured and peaceful maritime environment.

“I thank the Chief of Naval Staff for providing all the needed logistics for the success of Operation Bekan Mmon I.”