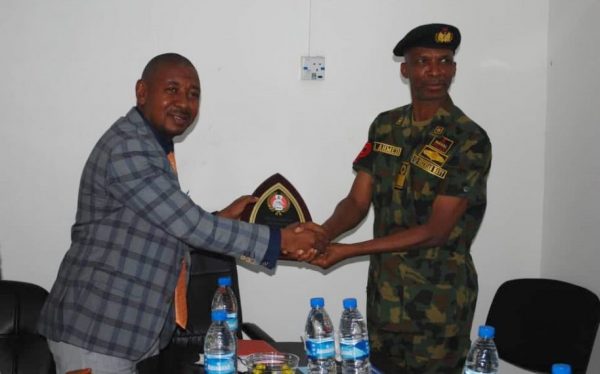 The Nigerian Navy and the Economic and Financial Crimes Commission have renewed commitment to mutually tackle illegalities in the maritime environment in Rivers State.

Ahmed said: “The Nigerian Navy has always cooperated with the EFCC and will do more to ensure that the menace of economic and financial crimes is frontally tackled.

“The navy will always be around to support EFCC in whatever way we can and also point out areas we feel the commission can improve upon in our relationship.

“In addition, the navy will always hand over cases of suspected illegal oil bunkers to the commission for investigation and possible prosecution.”

The Navy Commander said he decided to visit the EFCC Zonal Office to familiarise himself with the officers in the zone and seek more robust partnership.

Ahmed appealed to the anti-graft agency to always provide feedback and progress of investigation of suspects and cases handed over to the commission.

In his response, Naibi commended the navy for its successes in tackling crimes and criminality in the nation’s waterways.

He said the anti-graft agency was looking forward to a robust and mutually beneficial relationship with the navy in Port Harcourt.

He said: “The EFCC and the navy are like twins that need each other. We are better working together to achieve a common interest – the progress of Nigeria.

“So, our interest is to make sure that things work well, and as such, we must always put heads together to achieve that.”

Naibi added that the commission was planning to establish a chemical laboratory in the zone, to reduce time needed to conduct analysis on petroleum products seized from oil thieves.

According to him, the EFCC has begun reviewing its operational methods to minimise time spent during investigation.

“So, we assure you that the navy will be getting feedback on cases referred to the EFCC as investigations allow,” he promised.