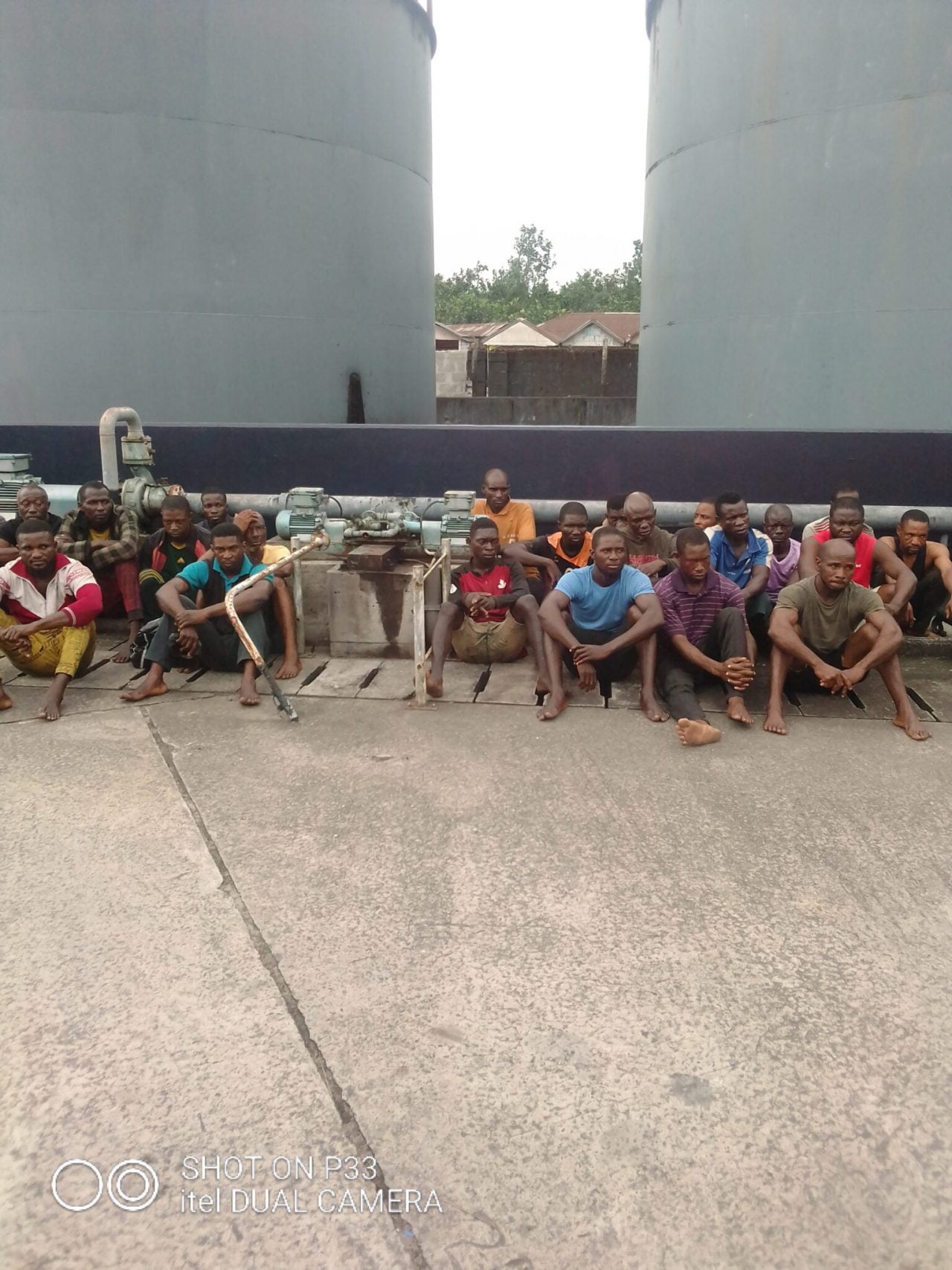 The Nigerian Navy, Forward Operating Base (FOB), Igbokoda, on Sunday, said no fewer than 24 suspected illegal oil thieves were arrested on the coastal waters in Ilaje Local Government Area of Ondo State.

Navy Capt. Shuaibu Muhammed-Ahmed, the Commanding Officer, FOB, parading the suspects in Igbokoda, told newsmen that the men were apprehended on Jan. 13 at 4.00pm during the Navy personnel’s routine patrol on Ondo-Lagos open sea channel.

Muhammed-Ahmed said that the arrest was in fulfillment of the navy’s mandate to combat all forms of illegalities in the maritime environment.

He listed the seized items to include: one firbre boat containing 150 drums of 250 litres capacity each of products suspected to be illegally refined AGO (diesel), one pumping machine, 90 Horse Power (HP) and 80HP Yamaha outboard engines respectively.

“The FOB has been professionally carrying out its constitutional responsibilities since inception in efforts to secure and curb all forms of illegalities such as illegal bunkering, piracy, sea robbery and kidnapping within Ilaje and Ese-Odo LGAs.

“On this note, I am appealing to the general public, especially the communities where we operate, that security of lives and property is no longer one man business.

“Therefore, all hands must be on deck because the military or security agencies cannot do it alone, the communities are requested to provide the base with meaningful information to curb all forms of economic sabotage,” Muhammed-Ahmed said.