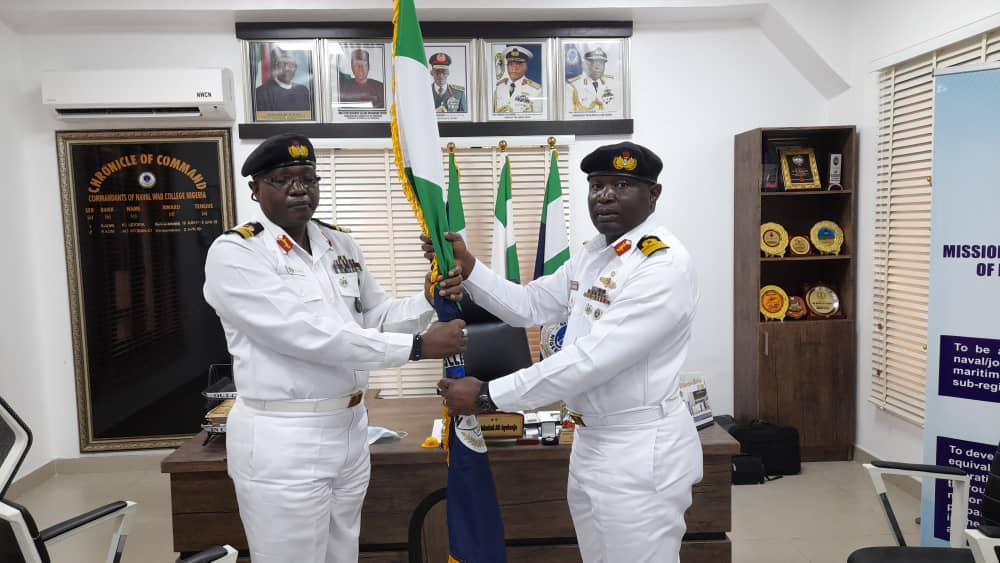 A former Commandant of the Naval War College Nigeria, Rear Admiral Adeseye Ayobanjo, said the College has trained 87 Command Level Officers of the Nigerian Military between 2019 to 2021.

Ayobanjo disclosed this during the handover ceremony to his successor, Rear Admiral Murtala Bashir, at the College in Calabar.

He said the officers, who were drawn from the Nigerian Navy, Nigerian Air Force and the Nigerian Army, were trained in line with the College’s vision and mission.

According to him, the vision of the College is “to be a centre of excellence on naval/joint military operations and maritime security studies in the sub region”.

He added that the mission of the College is “to develop senior Naval leaders and equivalent from other services as operational level commanders with thorough appreciation of complex national security problems, who are prepared to make sound decisions in the application of maritime force as a policy”.

He noted that the officers that graduated from the College have been contributing effectively to naval and joint military operations across the country and even internationally.

Ayobanjo said: “We have recorded tremendous successes since the establishment of the college in 2017 as a centre for excellence.

“During my leadership of the College as Commandant, the College witnessed infrastructural development, expansion of the college library, sustainability of strategic training partners and conduct of inter-agency cooperation seminars among others.

“Also, under my leadership, the College has trained 87 sound high level command officers who are contributing greatly to security provision in the country.

“The College visited Kenya for international study tour in 2019. Also, in Nigeria the College has visited Bayelsa, Rivers and other states for environmental study tour.”

Responding, Bashir commended Ayobanjo for maintaining the standard of the College, adding that he would sustain the legacy and also take it to the next level.

He gave the assurance that he would operate an open-door policy in the College with a view to accomplish the vision and mission of the College.