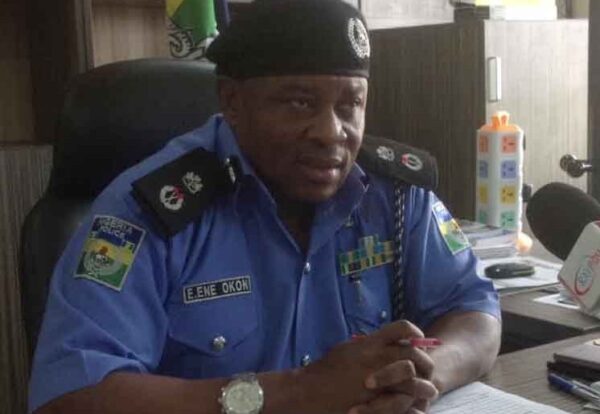 The Abia State Police Command has confirmed the arrest of five men in connection with the alleged abduction of a boy from Umuoba, the headquarters of Isiala Ngwa South Local Government Area of the state.
The Commissioner of Police, Ene Okon, confirmed the arrest in an interview with the News Agency of Nigeria in Aba on Monday.
Okon said the suspects had also confessed to the crime.
“I am aware of the arrest of five kidnap suspects, who have confessed to their kidnap escapades,” he said.
He said the suspects, who were arrested by the Special Anti-Robbery Squad, were undergoing interrogation.
A reliable police source, which pleaded anonymity, told NAN that the suspects were arrested on Monday morning in Isiala Ngwa North.
The suspects were identified as Ejike Nwankocha, 42, who claimed to be a native doctor; David Alfred, 23; Augustine Ejike, 24; Alexander Azubunne, 24; and Chide Monye, 23.
The source said the suspects hail from Amaekpu Autonomous Community in the council area.
NAN learnt that the suspects abducted the young boy to use him as a bait to get his relation resident abroad to pay ransom for his release.
The police source said that trouble started on December 18 when a woman, who boarded a bus from Abuja to Aba, was “trans-loaded” to another vehicle with some other passengers at Umuahia.
It further said that when the driver got close to Isiala Ngwa Junction, he stopped and picked two young men and later veered off the road towards their den, after letting off two youth corps members.
It said that while moving towards their den, the driver also picked up a boy and woman, who were later released on December 23 and 24, after they had collected ransom from their families.
The police boss alleged that the suspects were also responsible for the series of robberies and kidnapping of innocent citizens in the area.
He also said that the suspects confessed to belonging to a dangerous Aro secret cult operating in Aba and its environs.
Okon said two locally-made guns, several manacles, an axe, handcuffs and charms were recovered from the suspects’ hideout.
NAN.