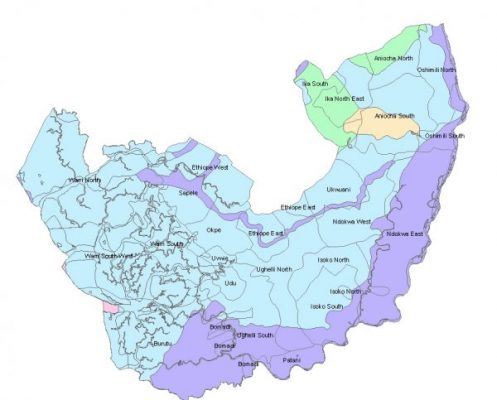 The Delta government said on Friday that Team Delta was prepared to win the fifth edition of the National Youth Games which formally gets underway on Sunday in Ilorin.
Executive Chairman of the Delta Sports Commission, Tonobok Okowa, told newsmen in Asaba that the state was sending a strong contingent to Ilorin to buttress this position.
He said Delta, which had won all the previous editions of the Games, would be participating in 34 sports at the games.
He said:  “Delta state has won all the past editions of the Games and we are fully prepared to win it again.
“We are going to Ilorin with a contingent of 750 persons, made up of over 400 athletes and about 300 officials.
“Over the years, Delta State has maintained a commanding position in sports in Nigeria.
“As such, this fifth edition of the NYG is another opportunity for us to consolidate our position.
“Our athletes have been in camp for a long period, and I can tell you that they are well prepared and motivated to do us proud.”
The contingent is expected to depart Asaba for Ilorin on Saturday.
The News Agency of Nigeria reports also that Team Delta held a prayer session on Friday at the Stephen Keshi Stadium.