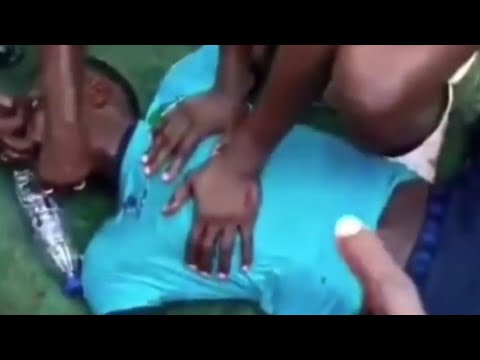 The Management of Nasarawa United Football Club has approved the conduct of an autopsy on its late defender, Chineme Martins, to unravel the remote cause of his sudden death on Sunday.
This was contained in a statement signed by Eche Amos, Media Officer of the club, in Lafia on Tuesday.
According to Amos, the decision to conduct the autopsy was reached by the management of the club and the immediate family of the late footballer at a meeting held in Lafia on Monday.
He said: “A meeting involving members of Late Martins’ immediate family led by his elder brother, Michael Chineme, the Management of Nasarawa United FC headed by Isaac Danladi, the Coaching Crew as well as Captains of our Club was held.
“Based on the agreement between Late Martins’ family and Nasarawa United FC, an autopsy will be conducted to ascertain the remote cause of his death.”
Amos added that a befitting burial will be accorded the late Nasarawa United defender and pleaded for the privacy of Martins’ family be respected.
“We wish to extend our heartfelt condolences to the family of late Chineme Martins, his team-mates, coaches, loved ones, fans, the football family in Nasarawa State and Nigeria as a whole, and those who are emotionally and psychologically affected by this this ugly incident,” Amos said.
Martins slumped on the Lafia Township Stadium pitch on Sunday during a 2019/2020 Nigerian Professional Football League fixture between Nasarawa United and Katsina United.
Efforts made to resuscitate him failed and he was rushed to the Dalhatu Araf Specialist Hospital in Lafia, where he later died.