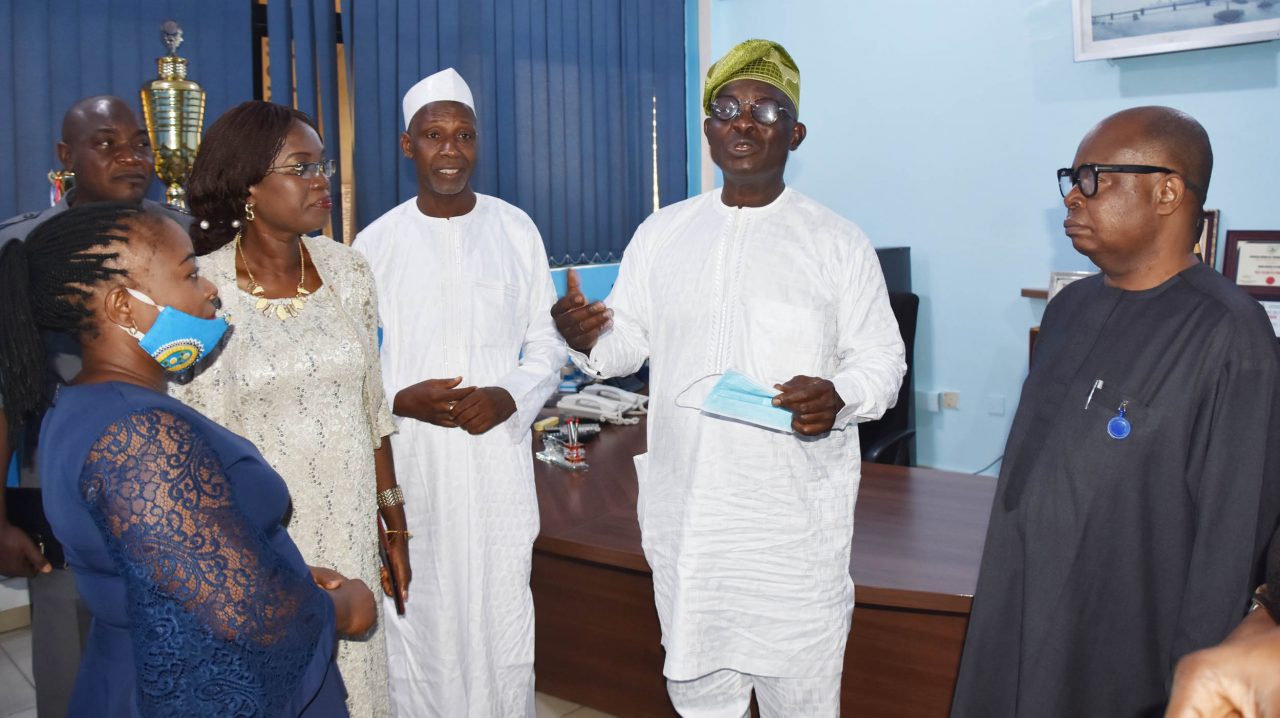 Buki Ponle, the newly appointed Managing Director of the News Agency of Nigeria, says he is committed the welfare of the members of staff of the agency.

Ponle said this in his address to the management staff when he assumed office on Tuesday in Abuja.

The Managing Director said he was also committed to the uplift of the agency.

He said: “I am on a mandate here; I have not come to play football.

“I am on a mandate and it cannot be achieved without your support.

“You are all hard working there is no doubt about it.

“If there is no money or if there is fund paucity, that can be addressed, but let’s put our best into it.

“Even if I had to forfeit my salary to pay staff welfare, I will do that because I want success.”

Ponle further called for the cooperation of members of staff to build a formidable agency.

He said: “I cannot do it alone.

“Please show me that you genuinely belong to the happy, united News Agency of Nigeria that I left.

“Please work with me, with your hearts and we shall deliver.”

He also got a Diploma in Journalism from International Organisation for Journalists in Prague, Czech Republic in 1991 and from UNILAG in 1977.

He started his career with NAN in 1978 as the Bureau Chief of Lagos, Cross River, Plateau and Kaduna States till his transfer to Lagos in 1991.

While in Lagos, he was the Head of the Health, Population and Environment Desk from 1991 till 2000.

He rose to become an Assistant Editor-in-Chief of the agency in 2001 and remained there until 2007.

He then rose to become a Deputy Editor-in-Chief and Supervisor, Quality Control, and Head of Metropolitan Desk and Feature Writing from 2007 to 2009.

Ponle was then transferred to Abuja in 2009 and became a Managing Editor and Director of the agency in 2011 till his retirement in 2013.

Until his appointment, he was the Chief Executive Officer and Editor-in-Chief of the Nigerian Expression, an online publication started in 2017.