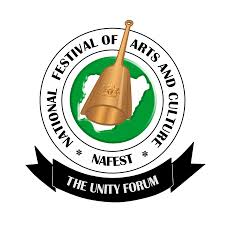 The legendary Septuagenarian Musician, Prof. Victor Uwiafo,  joined by 2Face Idibia and other local musicians, on Monday thrilled participants and guests at the opening ceremony of the 2019 edition of the National Festival of Arts and Culture in Benin.
The News Agency of Nigeria reports that the colourful ceremony had in attendance dignitaries from various walks of life, including the host, Governor Godwin Obaseki and his deputy, Philip Shaibu.
The State Commissioner for Arts, Culture and Tourism, Osemwengie Ero, in his welcome address, said the festival would provide further cultural integration among the states of the federation.
He commended Governor Godwin Obaseki for making culture one of the six cardinal points of his administration.
According to him, he did this because of the emphasis he (Governor) placed on the culture of the state. This has led to the re-awakening of culture in the state.
He said: “Hosting of the 32nd edition of the festival that has been in existence for 40 years, marks the first time Edo State will be playing host to the rest of Nigeria.”
He said the festival with the theme: “Our Royalty, Our Pride” signifies the pride and dignity of Benin, saying “culture have come back home to stay”.
NAN reports that the occasion saw the participating states in their traditional attire and display of various traditional dances during the match past.
The display was culminated in thrilling performance by the combatant team of the Nigerian Army Women Corp, Silent Drill Platoon and the Guard Brigade Band, all of the Nigerian Army.
The agency further reports that the seven-day cultural show will hold at four different venues in the city; Oba’s Palace, UNIBEN Sports Complex, Benin Golf Club and Oba Akenzua Cultural Centre.
Only 26 states participated in the opening ceremony, with other states still being expected.