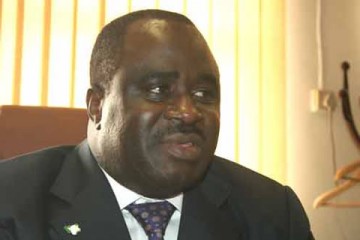 Paul B. Ohii is the Director General of the National Agency for Food and Drugs Administration and Control. In this interview with Don Norman Obinna, he speaks on the steps NAFDAC will take following the discovery of expired food products on the premises of Chocolat Royal outlet and the residence of the company’s Chairman, Amin Moussalli, at Karimu Ikotun and Etim Inyang Crescent, both on Victoria Island, Lagos State by operatives of the Agency. Excerpts:

What action is NAFDAC going to take on this matter considering the frightening quantity of expired food products evacuated from Chocolat Royal?
As you can see, we have seized the contaminated products and we are going to investigate to ascertain how big the problem is. If there are more products that are yet to be evacuated and seized, we would not hesitate to do so. As you can see, the products are not registered. Not only that they are not registered, they have equally expired. Some are not even written in English language, so they could not have been registered. Apart from the fact that they are expired, they attempt in some cases to revalidate them by putting new dates on the products. All these are offences that we want to prosecute them for. So we would first do our investigation to find out how big the problem is. We know that they are bringing in unregistered products and were using them. Unfortunately, some of these products are expired as long as 2004, 2006 and 2009 and we caught them in the process of using some of these expired products. So after investigation, then we would begin the prosecution.

Outside the normal fine and probably caution, do you intend to apply any stringent action considering the weight of the offences committed regarding this case?
We are going to take them to court and they will be prosecuted according to the law.

What about the news that you are being put under pressure by some top people to see if you can compromise. Any intent to comply?
No we usually have a procedure that we follow: they have a lawyer that has been coming to meet with us. We showed him what the problem is and from there the court process will take places.

From this discovery, it is certain that the use of expired and unregistered products to prepare consumables for members of the public is a common practice among food and confectionary outlets. What do you intend to do to curb this?
Every person into the production of food stuffs and confectionaries must use NAFDAC approved products that are not expired. We are going to demand from them also their clearance documents, how they clear their goods through the ports because obviously the products were imported and from there we would see. If they were cleared, what quantities were cleared? Where were they taken? Where is their distribution list? We thank vigilant Nigerians who come to report such things to us. Like I said, we have a reward system. Anybody who gives us useful information, a tip that leads to this kind of operation that might have saved millions of Nigerian lives, you know many people patronise these places and so many lives were at stake but by seizing these products those lives have been saved. I think we shall find a way to reward people who come forward with this kind of information that helps in saving the health of Nigerians as appreciation from the Federal Government of Nigeria.

From what have been found so far, any plan henceforth to put surveillance on other elite food and confectionary outlets?
We have been checkmating all this outlets. We have been doing random visitation to their offices. We even have a post market surveillance directorate whose job is just to go round and visit some of these eateries randomly. We have inspection team that goes out randomly. All we are going to do now is to strengthen what we already have in place. We want to ensure that they are using, observing good practices and of course ensure that the products they use for the production of food are of good quality. But we rely more on Nigerians who are vigilant, see these things and report to us because there is no way we can get all the information without the assistance from the members of the public. If you notice the way we discovered some of these things in the few months, these are hidden in residential areas. There is no way that you can even suspect that products like that would be there. But yet they are there. So we believe that good Nigerians should come forward with useful information.

How do you define illegal cold rooms and is it proper for somebody to build cold rooms in his apartment?
Now I want to say that somebody can build a cold room anywhere if the place is not prohibited. But in this case I understand there was a cold room on top of a sewage, a soak away pit. Of course you cannot use that kind of cold room to store stocks that you are going to use for the production of food. So that is an offence.

Now that Chocolat Royal outlet is sealed, is it going to remain sealed until investigation is concluded or is it going to be opened anytime soon?
We would have to keep the place on hold until we have completed our investigations and we have to ensure compliance first because we are not into this to destroy people’s businesses. We want to make sure that they can comply with our regulations before the issue of reopening will come on board. But before then, the place will remain sealed.