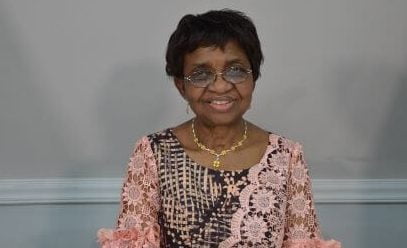 The National Agency for Food and Drug Administration and Control has commenced a nationwide sensitisation campaign on product registration and value addition for Micro, Small and Medium Enterprise operators.

Speaking at a one-day sensitisation organised by the agency in collaboration with Yobe State Government in Damaturu, the Director-General of NAFDAC, Prof. Mojisola Adeyeye, reiterated the critical role of MSMEs in economy.

A statement issued by Sayo Akintola, NAFDAC Resident Media Consultant, on Sunday said the DG was represented by the NAFDAC Zonal Director, North East, Dr. Bukar Usman, who described Yobe State as an excellent partner in its mandate.

Adeyeye said: “Therefore, the agency, whose mandate is to register some of these products, decided to embark on sensitisation across the country.

“NAFDAC considers Yobe State as an excellent partner in executing our mandate in the state, which is why we are here to sensitise and educate these entrepreneurs on the basic tips, clues and easiest way to register their products.

“Through this sensitisation they can add value to commodities, especially agricultural commodities, without compromising quality and safety of the products.”

She added that at the end of the sensitisation, NAFDAC hoped to increase the number of people engaged in adding value to their products by registering them with NAFDAC to safeguard the health of the public.

The NAFDAC DG maintained that this would have a multiplier effect on the individual families, on the economy of the communities and also the state as a whole by improving its internally generated revenue.

The D-G urged over 700 participating MSMEs and scores of groups at the event to always deal with the agency directly in getting their products registered, as opposed to going through various consultants and middlemen.

She explained that consultants and middlemen had been the reason for the increasing problems and high cost of registration faced by the MSMEs to get their products registered.

Adeyeye said: “Part of the problem we have had in the past regarding high registration costs is due to interactions of MSMEs with consultants hence, we urge them to deal directly with the agency.”

The statement added that Governor Mai Mala Buni of Yobe State described the programme as part of the recovery process from the destructive activities of Boko Haram in the state.

Buni said the state government partnered the agency so as to extend the reach of locally produced goods to market both within and outside the country.