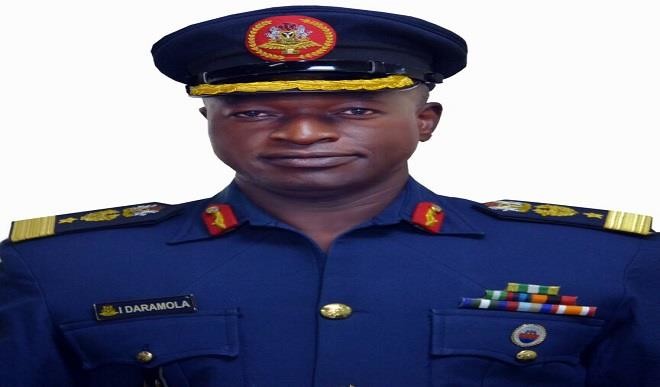 The Nigerian Air Force has neutralised scores of Boko Haram Terrorists in massive air strikes at Kokiwa and Bula Korege on the fringes of the Sambisa Forest in Borno.
The NAF said it also destroyed some of the terrorists structures in the air strikes it conducted through the Air Task Force for Operation LAFIYA DOLE on Wednesday.
Air Commodore Ibikunle Daramola, NAF Director of Public Relations and Information, who made this known in a statement on Thursday in Abuja, said the operation was conducted on Wednesday.
Daramola said the air strikes were conducted in continuation of ” Operation Rattle Snake”.
“Operation Rattle Snake is an air Interdiction Operation, which commenced on Tuesday aimed to target selected locations within the North East to further degrade the remnants of the terrorists and deny them safe havens and freedom of action.
“The air strikes were conducted in continuation of Operation RATTLE SNAKE after credible Human Intelligence reports, which were also corroborated by series of Intelligence Surveillance and Reconnaissance missions.
“The ATF therefore, detailed its fighter jets and helicopter gunships to attack the two locations.
“The combat aircraft took turns attacking targets at both locations, scoring crucial hits on the hideouts leading to the neutralisation of several BHT fighters and the destruction of many of their structures, some of which were seen engulfed in flames,” he said.
Daramola said the NAF, operating in concert with surface forces, would sustain its efforts to completely destroy all remnants of the terrorists in the North East.