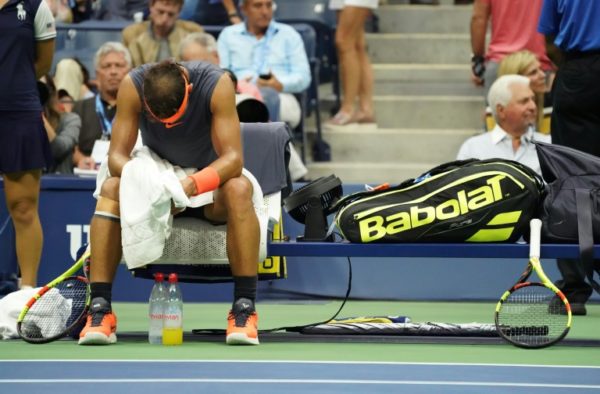 Share
Facebook Twitter LinkedIn Pinterest Email
Rafael Nadal and Milos Raonic have been forced to withdraw from the Paris Masters with both players’ seasons now in doubt.
The world number one is not sure he will be able to compete at the ATP Finals in London after having to pull out of the Masters event.
The Spaniard picked up an abdominal injury earlier in the tournament and has been unable to shake it off.
While he believed he could have played against compatriot Fernando Verdasco, he did not think he was in competitive enough shape to complete the tournament.
Raonic, meanwhile, was unable to recover from a right elbow injury he sustained in Paris.
As a result of the Canadian’s withdrawal, Roger Federer has been handed a walkover into the third round.
The Swiss will now take on either Italy’s Fabio Fognini or Marton Fucsovics of Hungary on Thursday.
Remarkably, Federer has not had to play a single match in reaching the third round of the tournament.
ATP Finals Fernando Verdasco Milos Raonic Paris Masters Rafael Nadal
Share. Facebook Twitter Pinterest LinkedIn Tumblr Email