N4.7b fraud: I can no longer rely on my witness’ memory in Ladoja’s trial 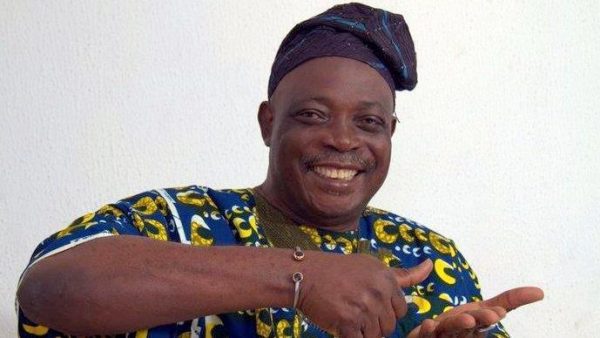 The EFCC prosecutor in the fraud trial of Rasheed Ladoja, former governor of Oyo State, on Thursday said he could no longer rely on memory of a witness in the case.
Oluwafemi Olabisi, the prosecutor, made the assertion before a Federal High Court in Lagos when the case came up for trial.
EFCC is prosecuting Ladoja and a former Commissioner for Finance in Oyo State, Waheed Akanbi, over alleged N4.7 billion fraud.
The accused were brought before Justice Mohammed Idris on December 14, 2016, and they had pleaded not guilty to the eight-count charges preferred against them, while the court had granted them bails.
Olabisi, who hurried into the court room 20 minutes into the proceedings, asked for the judge’s forgiveness for coming late to court, and then announced his appearance.
The EFCC prosecutor told the court that one of his two witnesses, Princess Babalola, was in “a terrible medical condition’’, saying “her memory cannot be relied on as a reliable prosecution witness’’.
Opposing his submission, Bolaji Onilenla, counsel to the first accused (Ladoja), told the court that the prosecution sent him a copy of the letter asking for adjournment only on Wednesday.
Onilenla said that the prosecution was claiming ill-health of a witness, but failed to attach medical report to the said letter.
He said: “In the light of this situation, I hereby apply that the court should close the prosecution case; it appears that they are taking this court for a ride.”
In the same vain, Alero Gbemuotor, counsel for the second accused, agreed with the submissions of Onilenla.
Justice Idris told the prosecution that he had initially commenced writing of a ruling against him, noting that since it had not been delivered, he would stop the ruling and enter appearance of Olabisi.
The judge said that the prosecution has seven days to produce his remaining witness against a date in May he earlier requested for in his letter to the court.
Responding, Olabisi told the court that his witness would be on sabbatical leave and plans to travel out of the country, adding that he would not be available until May.
He then applied for 10 minutes stand down of the case to enable him to communicate same to the witness and get back to the court.
When the court resumed sitting after the stand down, Olabisi came back with the same application for adjournment.
The judge, citing the provisions in the Administration of Criminal Justice Act, 2015, adjourned the case until April 20 for continuation of trial.
The News Agency of Nigeria reports that the accused were alleged to have conspired to siphon and launder N4.7 billion from the coffers of Oyo State Government.
EFCC is also accusing them of converting N1.9 billion belonging to Oyo State Government for their personal use through the account of a company called Heritage Apartments Ltd. to facilitate the crime.
The anti-graft agency claimed that they retained the money sometimes in 2007 in spite of their knowledge that it was proceeds from a criminal activity.
Ladoja was accused of removing 600,000 pounds from the state coffers in 2007, which he allegedly sent to Bimpe Ladoja, his daughter, who was in London at the time.
In addition, the ex-governor was also accused of converting N42 million belonging to the state for his personal use and subsequently used same to purchase an armoured Land Cruiser jeep.
The accused was also alleged to have converted N728 million and another N77 million at different times in 2007, for his personal use and transferred the money to Bistrum Investments for the purchase of a property in Ibadan.
The offences contravened the provisions of Sections 14, 16, 17 (a) and 18 (1) of the Money Laundering (Prohibition) Act, 2004.