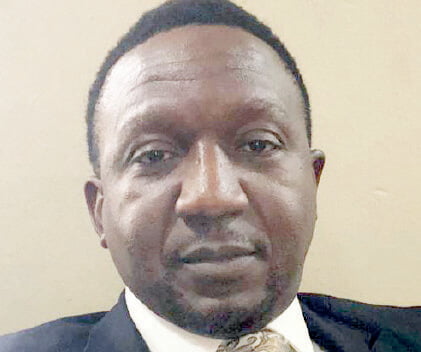 Arrest and detention
The first trouble came four days later when Ayoade realized he could no longer conduct an online transaction.
He continued: “On September 30, I realized my GTBank account was frozen and I had to go to GTBank to enquire why the restriction on my account. To my surprise, the bank’s Chief Security Officer (CSO) showed me some documents from the Inspector General of Police office approving my arrest on sight. I followed him to the Police station hoping that the issue would soon be resolved since I knew I had not committed any fraud.
“We met the DPO who took us to the Area Commander and after so much going back and forth, I was detained and locked up in the cell. Due to my ill health, I was moved from the cell to stay behind the counter overnight. My health got worse the following day and was taken to the hospital (Cottage) on the order of the DPO and was handcuffed to the bed. I was treated for asthma. In the course of the treatment, it was discovered I had developed high blood pressure. I was moved to the police station again on Thursday morning where I spent the day and night behind the counter before Inspector Dominic finalized his paperwork and we proceeded on the trip to Port Harcourt.
“We were to move by road but I was made to buy flight tickets for the two police officers that came from Port Harcourt, namely Inspector Igwe Dominic and Sergeant Oludare Olamide.
“We got to Port Harcourt that same Friday, I wrote my statement with the police and later met one Mr. Chukwukaelo Ogadinma who claimed he was Ezekwugo’s personal assistant. Ogadinma insisted that I must pay N3.5 million before I could be granted bail. It was later discovered that Ogadinma is a staff of Shell and was employed by Ezekwugo to further confuse and give verity to the allegation against me. To further intimidate me as well as extort money, Ogadinma boasted of the huge sum of money he had paid the police to see to my arrest and insisted he must recoup the said amount before my release. All appeals to release me fell on deaf ears.”

The steep price of freedom
Ayoade was ready to refund the said amount if only to avoid staying longer in a cell with hardened criminals.
“But my proposal to be responsible for the N2.2million which was the cost of the fresh ticket Ezekwugo claimed he bought fell on deaf ears; Ogadinma insisted that I must pay that money or remain in police custody. Already I was locked up in the cell with criminals and couldn’t imagine spending another night there.
“When all pleas fell on his deaf ears, a friend of mine, Jide Akinuli transferred N3 million to Ogadinma; upon receipt of the payment, which he confirmed via online banking, Ogadinma asked the Police to release me. After all the necessary paperwork, I was released on bail later that Friday night.”

Police’s contradictory story
In hindsight, it appears that Ayoade was framed.
When contacted the Police Public Relation Officer of Rivers State Command, Deputy Superintendent of Police Nnamdi Omoni pleaded ignorance of the incident.
“You need to get your facts right, I have contacted the leader of that team and he assured me that such a thing did not happen,” Omoni asserted.
On the contrary, an impeccable source at Area F, Ikeja, Lagos, where Ayoade was first detained before he was handed over to the detectives from Operation Eagle Crack of Rivers State Police Command, confirmed to Saturday Sun that detectives attached to that department, led by one Dominic, took him to Port Harcourt on November 4, 2019.
Ayoade insisted on his innocence, pointing to the disappearance of the travel agent who started the fraud. “I reported the matter to the police in Lagos and since then, Babatunde has disappeared,” he said. “The amount that was paid into my account for the transaction is N1.2 million, but the police in Rivers State forced me to pay N3 million. I want the police to give me back my money and to also produce Babatunde who escaped with their money. I have proof of payment and the phone number of all the policemen responsible for my arrest.”