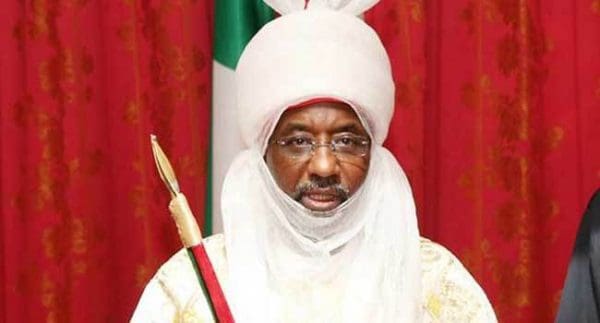 PRELIMINARY REPORT OF INVESTIGATION IN RESPECT OF PETITION OF FINANCIAL MISAPPROPRIATION AGAINST KANO STATE EMIRATE COUNCIL UNDER THE PRESENT EMIR MUHAMMADU SANUSI II.

INTRODUCTION
The Commission is in receipt of a complaint filed by Concern Friends of Kano Emirate dated 28th March, 2017 on allegation of Financial Misappropriation by Kano Emirate Council under the Emir Muhammadu Sanusi II. The petitioners raised some allegations bordering on spending the funds without due regards to due process. They alleged that, the Emir (Muhammadu Sanusi II) engaged in indiscriminate spending without regards to due process and the rule of law.
In the exercise of its powers under the provisions of Section 9 of the Kano State Public Complaints and Anti-Corruption Commission Law 2008 (as amended) the Commission launched an investigation into the allegation and in conformity with the provisions of Section 15(2) and (3) of the Commission’s enabling law wish to forward the preliminary report of the investigation to the Government. The opinion of the Commission is that disciplinary action be taken before further legal action.

FACTS OF THE CASE
The case was initially filed before the Commission by Concern Friends of Kano Emirate on allegation of Financial Misappropriation by Kano Emirate Council under the Emir Muhammadu Sanusi II. In their petition they raised some allegations bordering on spending the funds without regards to due process. They alleged that, the Emir (Muhammadu Sanusi II) spent over Three Hundred and Sixty Million (N360,000,000.00) only in the provision of CCTV in the Emir’s Palace. This is in addition to expenditures on hotels, chartered aircraft and many more which petitioners alleged to be well over Four Billion Naira.

8. The Fund shall be utilized:-
(a) For the payment of salaries, remuneration, allowances and other fringe benefits of the persons described in the schedule,·
(b) To defray all expenses of working and managing the affairs of the Council and its properties;
(c) To defray the cost of such works of a capital nature as the Council may deem necessary from time to time,·
(d) To grant loans and make advances to the persons on such terms and conditions as the council may approve,· and
(e) To defray operational expenses that may be incurred in the course of the general administration of the funds.
The schedule to which the above section relates provides inter alia that
1. Emirate Councils and their staff;
2. Other employees of the Emirate Council”
3. Royal Guard (Dogara!),-
4. Palace Staff (Yaran sark!),·
5. Persons employed for the administration of the Fund
The Law also mandates the preparation of the budget by the Emirate Council which is required to be transmitted to the Governor for necessary action apparently in conformity with Section 11 of the Kano State Emirate Council Special Fund Law 2004.
Investigation revealed that the Emirate Council failed to forward their estimate to the appropriate authorities as required by Law establishing the fund for consideration.
❖ From 2013 to 2017 Fifteen Million Naira (N 15,000,000.00) only was approved as budget for the Emirate annually based on the submission of the Ministry of Planning and Budget vide communication No. MPB/PLN/S/309/V.l/62 dated 26th April, 2017. (Copy attached).
This suggest that, in the first place there was no budgetary provision to authorize all the alleged expenditures.
❖ The Commission also got a statement from Financial Controller who confirmed that the Emirate Council approves its budget which indicated a gross violation of Section 120 of the Constitution of the Federal Republic of Nigeria 1999 (as amended), Section 11 of the Kano State Emirate Council Special Fund Law 2004 as well as Section 26 of the Kano State Public Complaints and Anti-Corruption Law 2008 (as amended).
❖ In the cause of the Commission’s investigation some expenditures that were incurred without following due process or appears to be suspicious were uncovered. Huge sums of money were transferred to some banks accounts which were claimed to be companies’ accounts.
However, the companies appears to be either unregistered with the Corporate Affairs Commission or dormant that cannot appear in the public search of the companies register. Investigations also shows that those unregistered companies are linked to some of the identified suspects in the emirate council. Investigation will later reveal the beneficial owners of those entities.
The suspicious transactions are as follows:-

SUMMARY
It is the opinion of this Commission that Kano Emirate Council under the Chairmanship of the Emir Muhammadu Sanusi II has expended the sum of One Billion Four Hundred and Fifty Million Six Hundred and Fourty One Thousand Fourty Eight Naira Fifty Three Kobo (N1,450,641,048.53) only in various expenditures that is believed to be fraudulent and unappropriated. In addition to One Billion Nine Hundred and Eighty One Million Four Hundred Fourty Nine Thousand Seven Hundred and Fourty Nine Naira Fourty One Kobo (N1,981,449,749.41) unappropriated but seemingly personal expenditures, making the total sum of questionable expenditures uncovered by this investigation to the tune of Three Billion Four Hundred and Thirty Two Million Ninety Thousand Seven Hundred and Ninety Seven Naira Ninety Four Kobo (N3,432,090,797.94) only between 2014 to 2017. This expenditures contravene the provisions of Section 120 of the Constitution of the Federal Republic of Nigeria 1999 (as amended), Section 8 of the Kano State Emirate Council Special Fund Law 2004, Section 314 of Penal Code as well as provisions of Section 26 of the Kano State Public Complaints and Anti-Corruption Commission Law 2008 (as amended).
It is also the opinion of this Commission, based on the available evidence that Emir Muhammadu Sanusi II continued to undermine the investigation through various means which include giving instruction to all officers invited for clarification to shun the Commission’s invitation. An act which is seriously affecting the process of our statutory responsibility and offends the provisions of Section 25 of the Commission’s enabling Law 2008 (as amended).

RECOMMENDATIONS
Based on the aforementioned findings and pursuant to the provisions of Section 18 (4) of the Kano State Public Complaints and Anti-Corruption Law 2008 (as amended), the Commission hereby recommends as follows:-
(a) In view of the prima facie cases of criminal breach of trust by servant, official corruption and other related offences contrary to the Penal Code Law, Public Complaints and Anti-Corruption Commission Law 2008 (as amended) and other existing Laws, the Commission recommends that the principal suspect in the person of Muhammad Sunusi II (the Emir of Kano) and all other suspects connected to this case or serving in the Kano State Emirate Council should be suspended pending the final outcome of the investigations. This is a necessary administrative disciplinary action aimed at preventing the suspects from further interfering with the Commission’s investigations.
(b) The Commission further recommends that the contract awarded to Tri-C Nigeria Limited for the renovation of Babban Daki, Kofar Kudu and Gidan Sarki Dorayi should be revoked as the company belongs to one of the suspects in person of Alh. Mannir Sanusi (The Chief of Staff in the Emirate). The company failed to settle the sub-contractor (Cardinal Architecture Limited) after been duly paid. Cardinal Architecture Limited should be paid for the work carried out in the contract.
(c) The appropriate authority should be put in place to oversee the affairs of the Kano Emirate Council in line with established statutes and policies pending the final outcome of the Commission’s investigations.
(d) The Commission further recommends for further legal action to be taken against all the suspects as soon as the final outcome of investigations is concluded and a legal advice accordingly issued out.

CONCLUSION
In conclusion, the above recommendations are hereby forwarded to your esteem office for further necessary action, please.