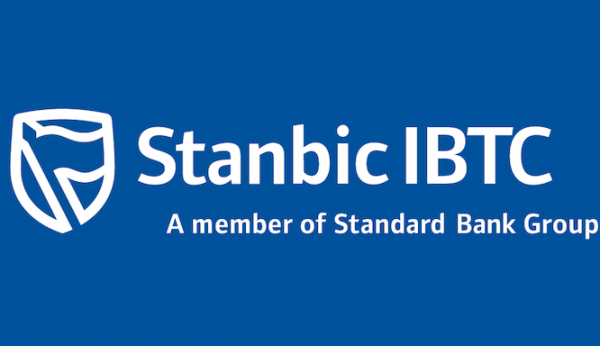 The Central Bank of Nigeria on Friday said  the alleged deduction of N1.886 billion fine from Stanbic IBTC Bank’s account was in the national interest.
An official of CBN, who pleaded anonymity while confirming this to the News Agency of Nigeria in Lagos, said he could not immediately give details,  but the apex bank would issue a statement on the matter later.
The management of Stanbic IBTC Bank, had on Friday, alleged that the apex bank unilaterally deducted N1.886 billion from its account as a fine imposed on the bank.
Chidi Okezie and Bridget Oyefeso-Odusami, Secretary and Acting Head, Marketing and Communications of Stanbic IBTC Bank, made the allegation in a statement.
NAN reports that the bankers’ bank, had on August 28, ordered MTN and four banks; including Stanbic IBTC Bank to refund 8.1 billion dollars illegal capital repatriation from their Nigerian operations to offshore investors.
This allegation was swiftly denied by Stanbic IBTC with claims that it did not violate any regulation on money remittances.
The bank, however, assured stakeholders that the situation would not affect their transactions with the bank.
The affected banks, Citibank, Diamond Bank, Stanbic IBTC and Standard Chartered Bank, were to repay the sum of N5.87 billion for allegedly issuing irregular Certificates of Capital Importation on behalf of some MTN offshore investors.
Standard Chartered Bank was fined N2.4 billion, Stanbic IBTC N1.8 billion, Citibank Nigeria N1.2 billion and Diamond Bank N250 million.
MTN was also directed by the apex bank to refund 8.134 billion dollars to its coffers.
In a letter, dated September 6, 2018 to the Nigerian Stock Exchange, Stanbic IBTC Bank, whose parent company, Stanbic IBTC Holdings, is a quoted company, informed stakeholders that the CBN had debited N1.886 billion, the full amount of the stated fine from its account with the apex bank.
It said: “Following our earlier announcement to NSE on Aug. 30, 2018 in respect of the penalty of N1.886 billion imposed by the CBN on our banking subsidiary – Stanbic IBTC Bank, in relation to the remittance of foreign exchange on the basis of certain capital importation certificates issued to MTN, we write to update the NSE that the CBN has debited the account of our banking subsidiary with the CBN for the full amount of the above stated fine.
“But Stanbic IBTC has not breached any extant laws relating to CCI executed on behalf of MTN.
“Stanbic IBTC Holdings PLC as well as our banking subsidiary maintain our position on this matter which is the fact that the Bank has done nothing illegal.
“And accordingly, the Bank will continue to provide CBN with documents and details in support of our contention that our actions in relation to these transactions were not illegal.’’
Going by point-to-point rebuttal, the letter from the bank examined different allegations contained in the CBN’s letter.
It said: “Regarding the claim that the shareholders of MTN Nigeria invested the sum of $402,590,261.03 in the company from 2001 to 2006, the bank states as follows:
“The twenty CCIs transferred to our bank by Standard Chartered Bank and which in the above quoted sum were re-issued from existing CCIs that had been issued by Standard Chartered Bank to the original investors in MTN.
“These CCIs were transferred to our Bank to facilitate the repatriation of the proceeds of MTN’s Private Placement which took place in February 2008.’’
The Stanbic IBTC Bank reiterated its preparedness to engage with the CBN in order to resolve the matter.