My appointments were broad based, no detention of critics under me – Jonathan 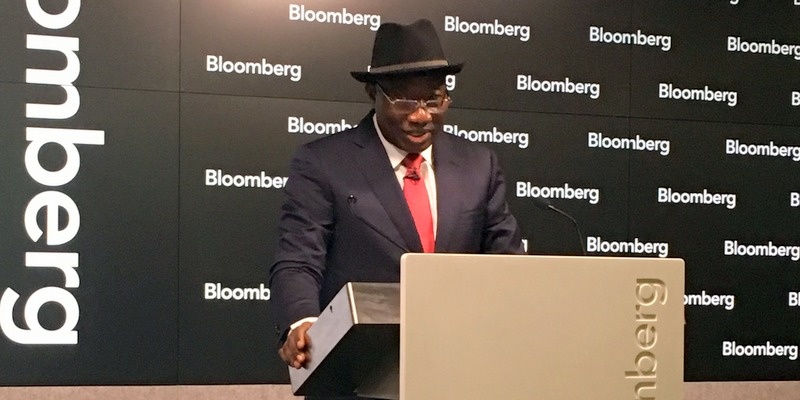 Former President Goodluck Jonathan said decisions taken by his administration were guided by the overall interest of the nation and not ethno-religious or personal considerations.
Jonathan said this during the Nigerian Lawyers Association’s annual dinner and merit awards ceremony held in New York on Saturday.
He noted that Nigeria belongs to all Nigerians and as such leaders must resist anything that might want to make them pursue a regional or narrow agenda.
The former President, whose comments were tweeted on his tweeter handle: @GEJonathan, also reeled out what he said were his administration’s achievements in promoting democracy and the rule of law.
Jonathan, who spoke on the theme: “Diversity as our Bridge to Tomorrow,” said in one tweet: “No matter what my critics said about me, I ensured that there was both freedom of speech and freedom after the speech.”
In other tweets, he said: “Under my watch, not a single Nigerian was sent to prison because of anything they wrote or said about me or the administration. Nigeria had neither political prisoners nor political exile under my administration. We enacted the Freedom of Information Act and by that we tore the veil of secrecy covering governance.”
Perhaps in a veiled reference to the face-off between security agencies and some judges over allegations of corruption, Jonathan said: “We gave institutions unlimited freedom and ensured that the NBA (Nigerian Bar Association) and other professional institutions were devoid of any government influence, we enacted the Administration of Criminal Justice Act 2015 to promote efficient management of criminal justice institutions in Nigeria.”
He also used the opportunity to tell his guests that he could not be accused of nepotism because “most of my principal aides in government hailed from different ethnic nationalities”.
On appointments into the nation’s electoral management body, Jonathan said: “We ensured that appointments into INEC (Independent National Electoral Commission) were not based on personal relationships.”
He enjoined Nigerians in the Diaspora, especially those in the United States, to continue to give support to democratic governance back home.
Although Jonathan did not mention any Nigerian being incarcerated for holding an opposing political view to the administration which succeeded him, it is common knowledge that several of his former aides and political associates are currently in custody on corruption related charges.
As at the last count, the nation’s former National Security Adviser, Colonel Sambo Dasuki (retd); his spokesman, Dr. Reuben Abati; ex-National Publicity Secretary of his party, the Peoples Democratic Party, Olisa Metuh; and a former Minister of State for Defence, Musiliu Obanikoro, are being detained by the Economic and Financial Crimes Commission on corruption charges.
There have been cases of bloggers and a print journalist in Kaduna State who were detained on charges bordering on their views considered critical to those in power.
The Leader of the opposition in the House of Representatives, Mr. Leo Ogor, in his reaction to the development said Nigerians had come under threat since President Muhammadu Buhari came into power.
Ogor alleged that there was also “abuse of the judicial process”, which he said had resulted in disobedience to court pronouncements.
The Executive Director of the Resource Centre for Human Rights and Civic Education, Dr. Ibrahim Zikirulahi, said: “Ex-President Jonathan claimed there was more freedom under his regime.
“Is it freedom to steal our collective wealth?
“Is it freedom to criminality and terror or freedom to political assassination?
“With the heinous crime committed against the Nigerian state under Jonathan’s watch, it is shameless on the part of the ex-President to make those provocative statements.
“There are no political detainees and no political exiles in Nigeria today.
“What we have are those hunted by their corrupt practices while they were in office under ex-President Jonathan.”
Attempts to get a reaction from the Presidency did not yield results.
The Special Adviser to the President (Media), Femi Adesina, told one of our correspondents that he was boarding a flight and was not in a position to speak.
Calls to the mobile telephone of the Senior Assistant to the President (Media), Mallam Garba Shehu, were neither picked nor returned as of the time of filing this report.
The Punch.