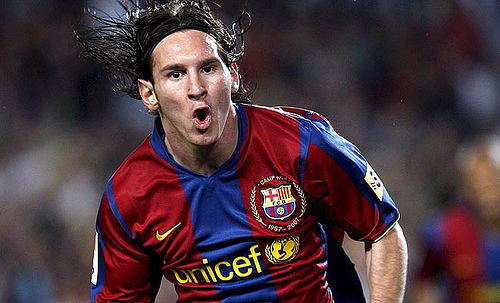 Expectedly, Bayern Munich and Barcelona scaled through to the semi finals of the UEFA Champions League on Wednesday night.
Bayern Munich eased through to the last four by winning in Turin to complete a convincing aggregate 4-0 victory over Juventus.
Two goals up from the first leg at the Allianz Arena, Mario Mandzukic’s 64th-minute goal finished the tie before substitute Claudio Pizarro added further gloss in stoppage time.
In Spain, it was a very close contest but Barcelona survived a huge scare from Paris Saint-Germain to qualify for the semi-finals for the sixth successive season on away goals after a 1-1 draw at the Camp Nou.
The 2-2 draw between the pair in last week’s quarter-final first leg had handed the advantage to the Catalans, but with star player, Lionel Messi, only starting the return as a substitute due to a hamstring injury, they seemed nervous throughout and PSG deservedly went in front just after half-time through Javier Pastore.
However, with Messi summoned from the bench, Pedro fired home 19 minutes from time to send Barça into the last four.