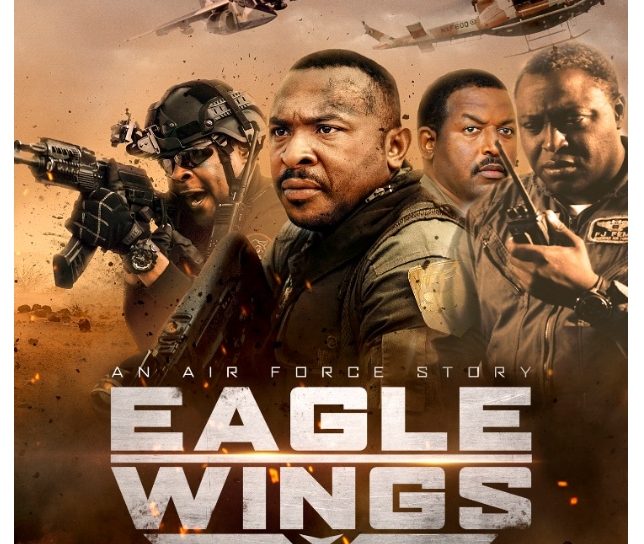 Share
Facebook Twitter LinkedIn Pinterest Email
A historic Nollywood film that chronicles the Nigerian Air Force’s (NAF) gallant fight against insurgency in defence of national peace and unity, Eagle Wings is set for premiere on One Magic (1Magic).
Scriptwriter and Director of the film, Paul Apel-Papel disclosed this in an interview with the News Agency of Nigeria (NAN) Saturday in Abuja.
According to him, Eagle Wings, expected to be unveiled November 26 acclaimed to be Nigeria’s first military-themed movie, is slated to premiere on 1Magic, a subscription-based digital satellite television general entertainment channel created by M-Net and MultiChoice for DStv.
He said the 1magic premiere was part of distribution efforts by Vision Films, an American Independent Worldwide Distributor of films that has acquired the world distribution right for Eagle Wings.
“The goal is to make a film that can travel, and that is why we put in so much in the technicalities of the film.
“We tried to tell the story in such a way that anybody can understand it, because, if people were able to understand the film, it will go places and it is going places already.
“This Saturday, Nov. 26, Eagle Wings will be showing on 1Magic DStv Channel 119 at 10:00 p.m. and we want Nigerians to look forward to it.
“Also, on Nov. 20,  Eagle Wings became the first completely Nigerian made film  that premiered on MN-net Channel 101, and we are proud of this as Nigerians.
“The goal of this movie is to show to Nigerians the efforts of the military in nation-building, and for us also to know what they go through and the sacrifices they make.
“Their families and friends also need to see and appreciate what they are going through there in protecting us.
“We want Nigerians to appreciate the Air Force and the military in general for the efforts and the sacrifices they make out there to keep our nation together,” he said.
NAN reports that Eagle Wings is 2021 Nigerian war action drama acclaimed to be the first major collaboration between the Nigerian military and Nollywood film industry.
The film plot is based on the struggles, dedication and sacrifices of the Nigerian Air Force and soldiers in the fight against insurgency in the northern part of Nigeria.
The movie also explores the often tragic, yet thrilling mission in battling for life, peace, and freedom to love, in the face of great danger.
It follows the story of an Air Force Fighter pilot who must navigate his way to safety amid an insurgency.
Directed and produced by Apel-Papel, a Colorado Film School-trained filmmaker, Eagle Wings features world-class cameras and shooting devices suitable for cinema production.
The star-studded movie based on true events, features Femi Jacobs; Enyinna Nwigwe, Yakubu Mohammed, Uzee Usman, and Paul Apel-Papel, who doubles as both director and writer.
Others are Funky Mallam; Nazareth Jesse, Saeed Mohammed, Abdul U. Zada, Patience Ujah among others.
The late movie veteran, Sadiq Daba, also starred in the film, playing the role of the president of the Federal Republic of Nigeria.
The movie shot in several locations in Maiduguri, Kaduna, Abuja and Kanji, was produced by Papel Productions in partnership with the NAF Investments Limited, an investment arm of the Service.
NAF Paul Apel Papel
Share. Facebook Twitter Pinterest LinkedIn Tumblr Telegram Email