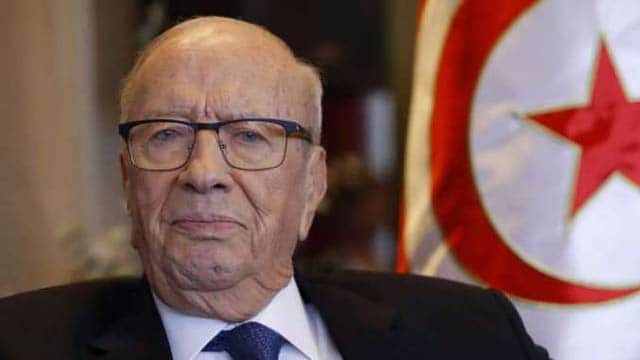 World dignitaries began arriving in Tunisia on Saturday for the funeral of the country’s first democratically elected president, Beji Caid Essebsi.
Qatari Emir, Tamim bin Hamad Al Thani; Algeria’s Interim President, Abdelkader Bensalah and Palestinian President, Mahmoud Abbas arrived the capital Tunis for the funeral, which will be held under tight security, Tunisian media reported.
Representatives from more than 20 countries are expected to attend.
Security forces have been deployed across the city ahead of the funeral procession.
Essebsi will be buried later in a cemetery in Tunis around seven kilometres from the presidential palace.
Authorities have announced the closure of several roads in the capital for the funeral.
Essebsi, 92, died on Thursday, almost five years after he took office.
Over the course of his term, a series of militant attacks, mostly claimed by the Islamic State terrorist group, took place in Tunisia.
Essebsi was elected to the presidency in December 2014, completing a democratic transition in the country after the 2011 uprising that toppled long-time autocrat Zine El Abidine Ben Ali.
The North African country is widely seen as the sole democratic success story of the 2010-11 Arab Spring revolts.
But the country has struggled with economic slowdown and social unrest.