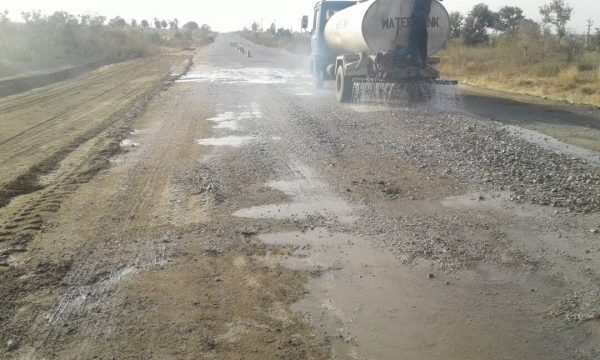 Motorists plying Lagos-Abeokuta expressway have expressed displeasure over the bad state of the Abeokuta-Papa axis of the expressway, especially the Itori and Ewekoro area.
Some of the motorists who spoke to News Agency of Nigeria on Sunday said that the road needed urgent attention from both the Federal and State Government.
Bolaji Adele, a commercial bus driver, said that the road was not given the needed attention, saying motorists spends more hours on that axis of the road.
Adele called on the concerned authorities, as a matter of urgency, to find lasting solution to the road.
Kabiru Ahmed, a commercial cab driver, said that his vehicle had broken down several times because of the bad condition of the road.
Ahmed said people that were going for their normal business activities always find it difficult to get there on time while some others miss important appointments.
Some of the passengers told NAN that they were prone to risks while plying the road especially at night.
They also said that motorists were now plying one way which could lead to head on collision with incoming vehicles.
They called on both the federal and state government to synergise and find a lasting solution to the bad road.
The Ogun Sector Commander of Federal Road Safety Corps, Clement Oladele, said that the command would continue to liase with the government for rehabilitation of the corridor.
Oladele sympathised with motorists on the bad state of the road, advising them not to use that as an excuse to disobey traffic rules and regulations.
“I am aware that the Ogun state government is carrying out palliatives at some sections of the corridor.
“Motorists should therefore continue to be patient with the government, while lobbying their legislators and regularly prevail on the Executive to speedily complete the rehabilitation of the corridor,’’ he said.
The FRSC boss added that the command’s patrol team would continue to mount surveillance on some of the areas where the corridor is bad.