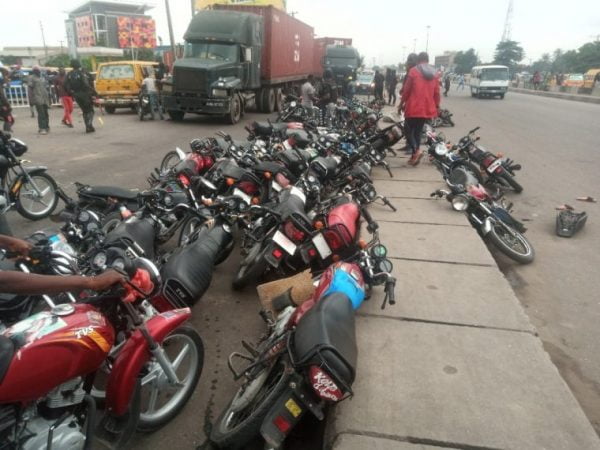 Residents of the insecurity-inflicted northwest geopolitical zone have kicked against a plan by the Federal Government (FG) to ban the use of motorcycles, contending such a measure would do more harm than good.

Responding to a survey conducted by the News Agency of Nigeria (NAN), the residents noted that the common people rely more on motorcycles for their socio-economic activities than bandits.

Besides, they argued that a similar ban in some states of the zone did not yield the desired dividend as the outlaws continued their nefarious activities unhindered.

They therefore urged the FG to look elsewhere for solutions to the security threat bedeviling some parts of the country, just as they envisaged that enforcing the ban nationwide might be practically impossible.

In Zamfara, the state branch of the Amalgamated Commercial Motorcycle Owners and Riders Association of Nigeria (ACOMORAN) kicked against the plan.

Abdulrashid Yusuf, Secretary of the Association, said the plan, if implemented, would result in hardship to a lot of Nigerians.

“As we all know, thousands of unemployed youths and even workers with low income, depend on the use of their motorcycles to service their needs.

“Those pushing the government to impose the ban do not mean well for ordinary Nigeria”, he said.

A Journalist in Gusau, Kefas Yaro, said the ban would be of little advantage, compared with several disadvantages.

Dogon Yaro said the commercial motorcycle business had numerous advantages to the economy because it served as a major employer of labour to thousands of unemployed Nigerians.

According to him, thousands of unemployed youths, including graduates of various tertiary institutions in the country, rely on the commercial motorcycle business to survive.

“I am therefore calling on the Federal Government to weigh its decision on the matter before implementation”, he admonished.

Also speaking, a security expert in Zamfara, Bello Bakyasuwa, said the ban might address security challenges, but for a short and specific time.

“I do not think it will be good policy by government to impose total ban on the use of motorcycles considering its numerous contributions to the economy of the country”, Bakyasuwa added.

Some Kano residents also urged the FG to rescind its plan to ban the use of motorcycles nationwide.

The residents said although the decision was part of measures to check insecurity, they observed that such measure would cause more hardship to Nigerians

One of them, Malam Musa Sani, said motorcycles were his source of livelihood, through which he fed his family and settled school fees.

“I normally carry students and staff from Bayero University Kano main gate, to the school area.

“I know how the ASUU strike has affected our operations, so, if banned completely, it will affect us more than what one can think of.

“In some neighboring villages, motorcycles are used to convey sick people to the hospital, or other places,” he said.

Another resident, Abdullahi Yusuf, said there were remote areas that could be reached only through the use of motorcycles.

Yusuf said the ban would cause more harm than good, and therefore called on the Federal Government to look into the plan.

“The government may decide to allow only registered and screened motorcycles to operate,” he said.

In their reaction however, some residents of Katsina said they were in support of the ban.

One of them,Godwin Chukwu, observed that most of the bandits use motorcycles to commit crimes in rural areas and cities.

According to him, the bandits use motor cycles to perpetuate their evil acts to escape.

” I am hopeful that if the Federal Government bans the use of motorcycles, the rate of banditry, kidnapping, robbery and other criminalities, will reduce drastically”, he insisted.

But Alhaji Ahmad Ibrahim disagreed, insisting that the ban would aggravate the already delicate situation of unemployment and poverty, especially in rural areas.

“If the government really wants to end the problem of insecurity, it knows where the perpetrators are; it should take the appropriate measures and go and face them.

“This plan to ban the use of motorcycles will not be a solution, but will only increase the rate of insecurity in the country”, he said.

He recalled that at the heat of banditry in Katsina State, similar measure was taken by the state government, but that did not stop the bandits from using their motorcycles to launch attacks.

Also in Kaduna, some residents have kicked against the plan, saying same measure was taken by the state Government recently, but yielded no positive result.

Emmanuel Edeh, a resident of Romi New Extension, said the move would render a lot of people, especially those who live in remote places, stranded.

“Imagine the effect on workers and students who live in places where tricycles are difficult to access.

“This plan, much as it is well-intended, should be discarded, and other options to check insecurity, contemplated,” he added.

On her part, Deborah Musa of Ungwan Pama, urged the authorities to have a re-think because banning the use of motorcycles can hardly be implemented in the first instance.

Mohammed Nasir who resides at Barnawa cautioned that the move, when enforced, would give rise to criminality.

“What would you expect these young men to do if their source of income (commercial motorcycle business) is snatched from them?.

“Already, the polity is heated with lots of people disenchanted, as such, the plan to ban the use of motorcycles could be a time-bomb,” Nasir said.

In Birnin Kebbi, a cross section of the people also expressed reservations over the workability of the intended plan, insisting that the move would only worsen the security situation.

One of the residents, Malam Faruk Umar, said the proposal would hardly be a solution to the current security challenges, but would rather pose a threat to the socio-economic wellbeing of ordinary Nigerians.

“Aside the teeming unemployed youths, many people use their personal motorcycles to shuttle, especially in areas where vehicles are very scarce.

“In this case, when you ban the use of motorcycles, you inflict great difficulties and hardship on this category of people”, he said.

In his contribution, Taufiq Lawal, a Birni Kebbi resident suggested that the ban be restricted to commercial motorcycle operators in troubled areas.

“In my own view, the Federal Government should only ban commercial motorcyclists in troubled states, where terrorists and bandits have grown wings and are out of control.

Residents of Sokoto also voiced the same stand, arguing that the measure would only result in hardship.