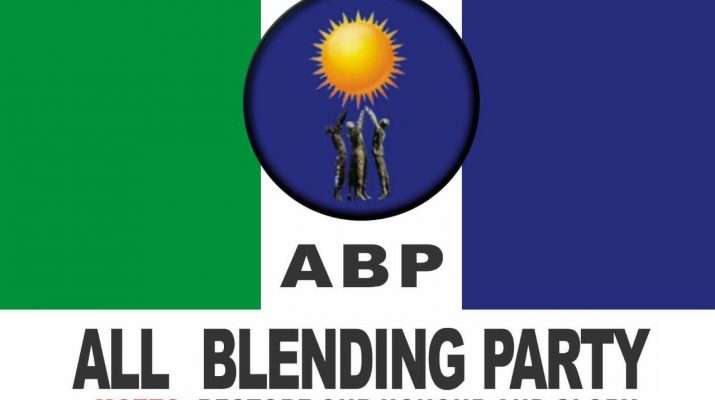 Moses Shipi has emerged as the presidential candidate of the All Blending Party at the party’s National Convention held on Saturday in Abuja.
Shipi, while addressing newsmen shortly after his victory, described his emergence as “divine mandate”.
He said that he was prepared and confident to fly the party’s presidential flag in contest with candidates other political parties in the 2019 general elections.
He said: “Permit me to say it is not all about age but about grace. I am chosen by grace, not because of who I am and the mandate is divine.”
He said that his agenda was in line with that of the party aimed at fighting poverty in Nigeria.
Shipi said: “If you are called you will be given instruction, as I said earlier, I am chosen by grace.
“The question is not all about what I’m going to do for Nigeria, but the question is what God wants to use me to do for Nigeria. We have been given one mandate; go against poverty, only one mandate.”
Asked if the party had the required structure to win the 2019 election, Shipi said the party would participate in all the elective positions in 2019.
He said: “By the special grace of God we have more than 75 per cent contestants, with that you know that we covered almost all parts of the federation.”