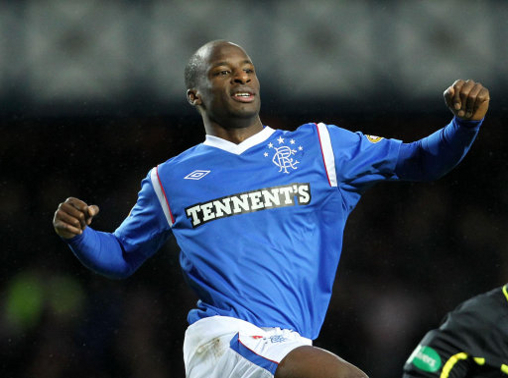 Nigeria’s duo of Victor Moses and Sone Aluko fired blank as Stoke City piped Hull City by a lone goal at the Britannia Stadium on Saturday.
Instead it was Peter Crouch that equalled Alan Shearer’s Premier League record for headed goals as he gave Stoke City a slender victory.
Stoke sought to register their intent early on when Stephen Ireland was found by Jonathan Walters in the box after just two minutes, but the midfielder’s effort was blocked in front of goal.
David Meyler looked to carve out something for Hull when he played a decent ball into the path of Sone Aluko, with the striker sending his shot wide of the right post from six yards out.
Stoke should have really gone one ahead on the 30-minute mark when Walters deftly flicked on a cross from Mame Biram Diouf, only to see his effort cleared off the line at the back-post.
The Potteries introduced Charlie Adam in the second half and he almost brought about a chance when he broke into space, although his shot flashed just a fraction wide of Alan McGregor’s goal.
Despite chances being few and far between, the hosts took the lead in the 71st minute, as Crouch grabbed his fourth goal in four games with a world-class header after being picked out by Adam.
The Stoke talisman could have doubled his tally for the afternoon four minutes later, but he flashed wide from close range following Steven N’Zonzi’s flick-on from a set-piece.