These incredible images show a deceased Buddhist monk wearing a smile on his face after his body was exhumed by followers two months after his death.
Revered monk Luang Phor Pian died aged 92 on November 16 after succumbing to illness in a hospital in Thailand’s capital of Bangkok.
Originally from Cambodia, Pian spent the majority of his life serving as a well-known spiritual and Buddhist guru in the central Thai province of Lopburi, where his body was returned to following his passing.
This week his followers removed his body from his coffin, which had been kept at the temple where he served, and were shocked to find his body had not decayed.
Amazingly, Pian also appeared to be smiling, with followers snapping pictures of the incredible moment and sharing it to social media.
Reports said the monks had removed the holy man’s body in order to fit him with new, clean robes.
His body appeared in a state consistent with somebody who had been dead for no more than 36 hours, reports added.
Pian’s peaceful state has been described as a sign that the monk has truly reached nirvana, the ultimate spiritual goal in Buddhism.
The monk’s followers will continue to pray for him until a final resting ceremony is held on the 100th day of his death.
In September, the Sun reported that an Indonesian tribe digs up coffins containing their dead loved ones and parade their bodies across farmland – in a bid to obtain good fortune.
The Torajan families who live in the highlands of south Sulawesi, wash, groom and dress the bodies of their dead relatives and friends as part of Ma’nene annual harvest celebrations.
. THE Sun. 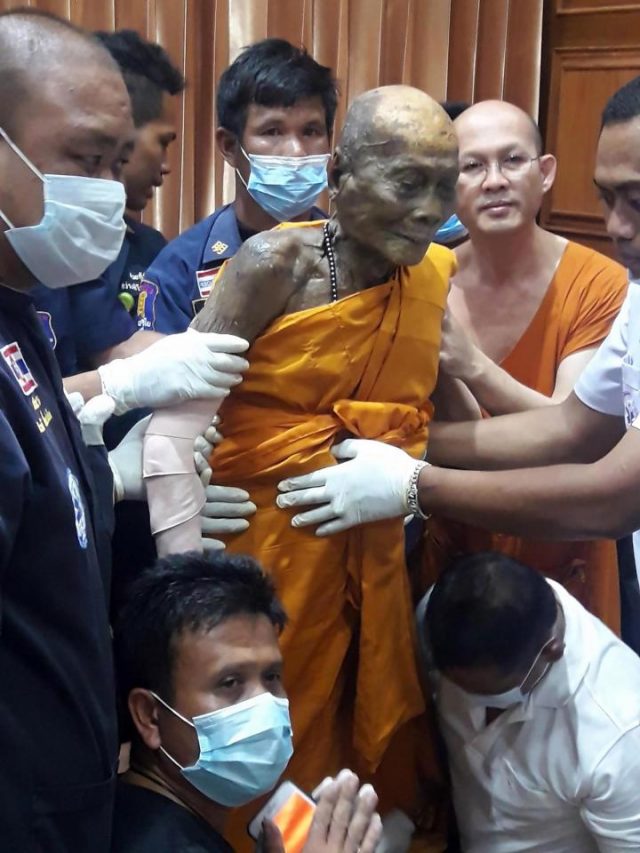 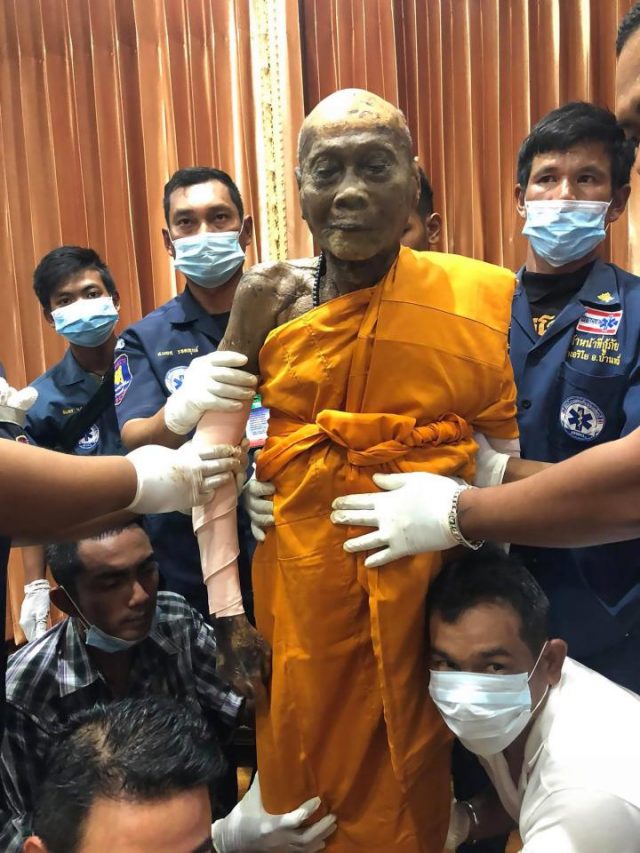 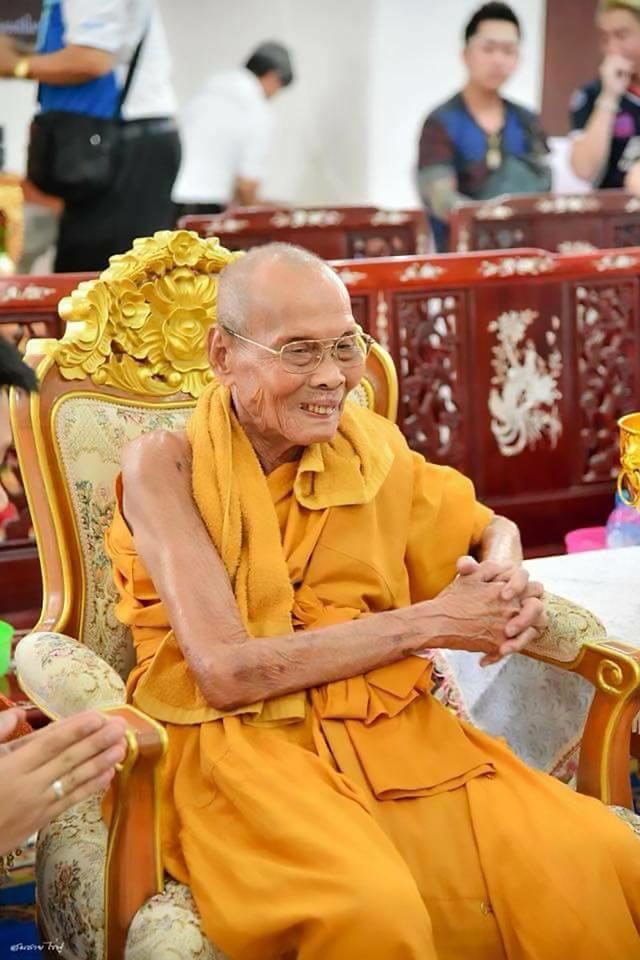 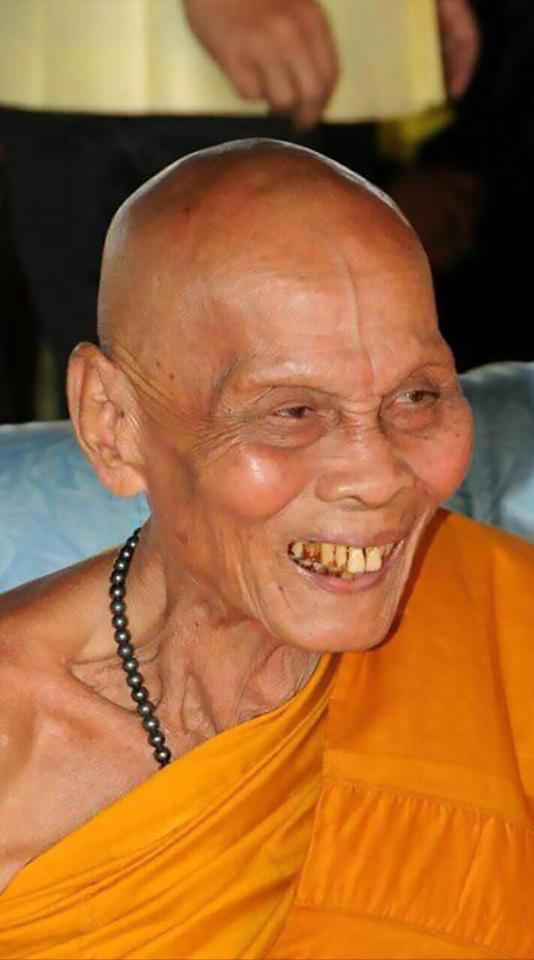