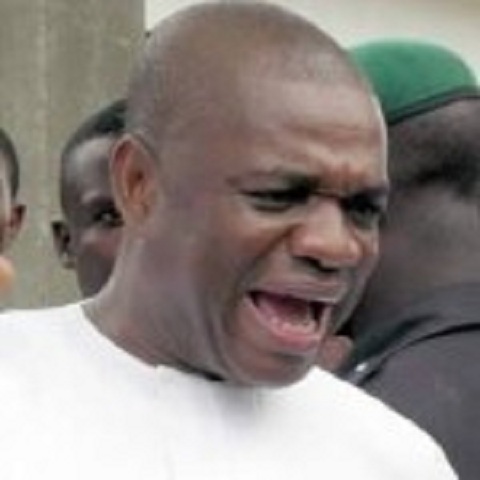 A Federal High Court in Lagos on Tuesday fixed March 6, 7, 8, 9 and 10 for the trial of a former Governor of Abia State, Orji Uzor Kalu, charged with money laundering.
The Economic and Financial Crimes Commission had on October 31 preferred a 34-count charge of money laundering against Kalu and his former Commissioner for Finance, Ude Udeogo.
However, both had pleaded not guilty to the charges.
At the resumed hearing of the case on Tuesday, the Presiding Judge, Justice Mohammed Idris, stood down the suit till 1pm for trial to allow a decongestion of the court room.
Meanwhile, when the case was called, the prosecution was unavailable and after waiting for a length of time, the court was compelled to adjourn the case to a further date.
After adjournment, the Prosecutor, Adeniyi Adebisi, walked in and craved the court’s indulgence for his delay as he was attending to other matters.
After series of submissions, the court ruled that further trial is fixed for March 6, 7, 8, 9 and 10.
In the instant charge, the accused were alleged to have committed the offence between August 2001 and October 2005.
Kalu was alleged to have utilised his company to retain in the account of a First Inland Bank, now FCMB, the sum of N200 million.
The sum is alleged to have formed part of funds illegally derived from the coffers of the Abia State Government.
In one of the counts, his company, Slok Nigeria Limited, and one Emeka Abone, who is said to be at large, were also alleged to have retained in the company’s account the sum of N200 million, on behalf of the first accused.
They were alleged to have utilised Manny Bank, now Fidelity Bank Plc, Spring Bank Plc, the defunct Standard Trust Bank and Fin Land Bank, now First City Monument Bank.
In counts one to 10, the accused were alleged to have retained about N2.5 billion in different accounts, which funds were said to belong to the Abia State Government.
Cumulatively, in all the counts, the accused were alleged to have diverted over N3.2 billion from the Abia State Government’s treasury during Kalu’s tenure as governor.