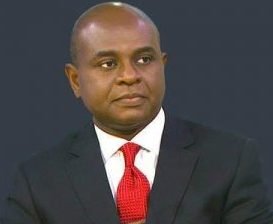 Prof. Kingsley Moghalu, a former Deputy Governor of the Central Bank of Nigeria, says Nigeria needs a brand new constitution to channel its paths as the nation marks its 60th Independence Anniversary.

Moghalu, the Convener of To Build A Nation (TBAN), and 2019 presidential candidate of the Young Progressive Party (YPP), said that for Nigeria to achieve its desired heights, it must restructure its constitution.

The former apex bank top official had announced his withdrawal from partisan politics for nation building shortly after the 2019 presidential election.

His appraisal of the country is contained in a statement made available to the News Agency in Nigeria in Lagos on Thursday.

“Not many fellow citizens still doubt that a constitutional restructuring of the country is highly necessary for progress.

“In this regard, what Nigeria needs is a brand new constitution.

“Such a constitution must reflect a new grand bargain by Nigerian ethnic nationalities, civil society organisations, socio-political organisations, pressure groups and the government of the day.

“For emphasis, this fundamental requirement will not be met by another tinkering of the 1999 Constitution (as amended),” he said.

He said there was the need to  salvage the country and start to rebuild a more united and prosperous Nigeria.

“I am, however, optimistic that we will do the needful, in the interest of the country, the citizens and to reclaim our pride of place among the countries of the world,” he said.

According to him, Nigeria’s 60th independence day calls for sober  reflection from all.

“As Nigeria turns 60 as a politically independent state, sadly, it is not a time for the past and current leaders to congratulate themselves.

“Neither is it a time for celebration for the citizens. Instead, the occasion of the 60th independence anniversary of Nigeria calls for a sober reflection.

“A most optimistic view of the state of affairs of the country today will only reflect the Nigeria we could have had.

“Right from the early years of independence in 1960, many African countries were looking up to Nigeria, the giant of Africa, in their own quests for freedom, peace and progress.

“The Nigerian economy boomed, as the federating regions competed with each other for development in a healthy rivalry.

“But after mid-decade, the country took a wrong turning politically and economically,” he said.

He noted that apart from the country itself, which Chinua Achebe described in the past-tense and viewed by Obafemi Awolowo as “a mere geographical expression”, ordinary Nigerians have continued to be victims of  failure of Nigeria’s leaders.

“Nigeria was relatively at the same level of economic prosperity with Singapore, Malaysia and South Korea in 1963.

“The good news is that it is not too late for the ship of the Nigerian state to turn around.

“But this needs to happen without further delay,” Moghalu added.