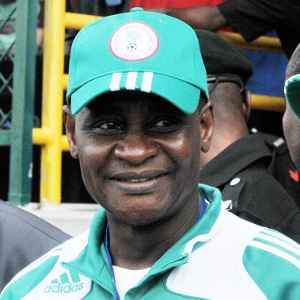 Mixed reactions have continued to trail the dissolution of the Aminu Maigari-led board of the Nigeria Football Federation.
The NFF was plunged into turmoil on July 5 as its Extra-Ordinary General Assembly, consisting of states football association chairmen, voted to end the tenure of the Maigari-led board.
However, the world football governing body, FIFA, frowned at the development, warning that it would sanction Nigeria if by July 8, the board was not reinstated.
An ex-international, Felix Owolabi, told the News Agency of Nigeria in Lagos that government would continue to interfere in football affairs as long as it funded it.
Owolabi said: “As long as government has taken sports as a social responsibility, it will always dictate what goes on.
“Whoever pays the piper, dictates the tune.
“Let us wait and see if they will do what is needful before FIFA’s ultimatum expires.”
A former Super Falcons Coach, Paul Hamilton, urged stakeholders to heed to the warning by FIFA.
Hamilton said: “We have to be careful with what we do because FIFA has threatened us.
“We cannot afford to be banned.
“If the congress was approved, and FIFA was aware of it, then, so be it.
“If otherwise, then, we need to be careful.”
The spokesman for the League Management Company, Mike Enahoro, called on football stakeholders and fans to ensure that truth prevailed.
Enahoro said: “I call on all the stakeholders to support FIFA and stand up for the truth for progress and continued peace and development of football.
“This message is not holding brief for the current NFF management but for all peace-loving, football stakeholders.
“We are all involved in building and driving football management in the country.
“Do not sit with sealed lips.
“‘Oyibos’ cannot continue to step in and attempt to clean up our mess.”
Edwin Eze, the Coordinator of Enugu Pepsi Football Club, supported the dissolution of the board.
Eze, who spoke to NAN on telephone, said that the action was proper.
He said: “As a regulatory body, NFF should always stamp its feet and take measures to ensure that things are done well.
“It is only that way that we can get it right in the administration of sports in Nigeria.”
Eze urged FIFA to pay a visit to Nigeria and examine the matter well before taking a stand.