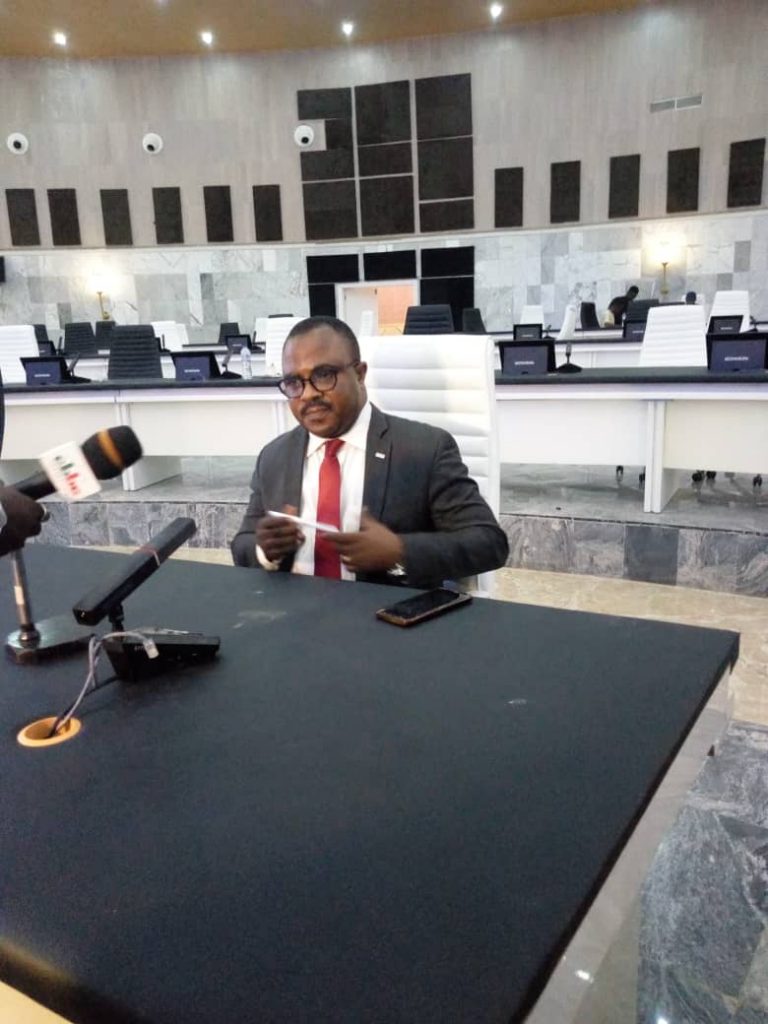 The Ebonyi State Government has said it cannot be blamed over the missing five Engineers handling the Effium axis of the Abakaliki Ring Road in the state.

Commissioner for Information and Orientation, Uchenna Orji, stated this at a news briefing on Tuesday in Abakaliki.

According to Orji, the state government has no hand in the disappearance of the engineers.

He said: “It has become imperative to put the records straight on the allegations and misrepresentation of facts conveyed to the public from certain quarters over the unfortunate incident that befell Engr. Nelson Onyeme of Nelan Consulting firm and other four engineers whose services we suppose were hired by Nelan Company to work in the phase two of the African Development Bank sponsored section of Abakaliki Ring Road Project as they are not in the list of employees submitted to Ebonyi State Government by Nelan Consultants.

“Based on the Police investigation report on the incident, we view as disheartening the unfortunate circumstances that led to the sad news.

“We therefore extend our heartfelt condolences to all the families and the Nelan Company for this dastardly act by criminal elements while hoping for a comprehensive crackdown on the perpetrators.

“However, we are constrained to correct certain impressions contained in the information dished out to the public by Mrs. Nelson Onyeme as we know that she spoke out of emotions and we believe that some politicians have also taken advantage of her state of mind.

“Otherwise, there were things that she said against the State Government that were unnecessarily misleading.

“We therefore cannot join issues with her.

“We are also compelled to set the records straight on the utterances of one of the engineers of Nelan Company, Mr. Benjamin Nzeagwu, who speaks from both sides of the mouth (telling the State Government one thing and telling the public another thing) and who is extremely economical with the truth about our contractual relations with Nelan Company.

“Contrary to the insinuations contained in the interview granted Arise TV by Engr. Benjamin Nzeagwu on the status of the Ring Road project vis-a-vis Nelan Consulting firm, Abakaliki Ring Road is a project of Ebonyi State Government funded through a repayable loan from African Development Bank and not a grant and so the services of Nelan Consulting firm were hired by Ebonyi State Government through international bidding processes.”