Missing Charity Aiyedogbon: One year after, by Destiny Ugorji 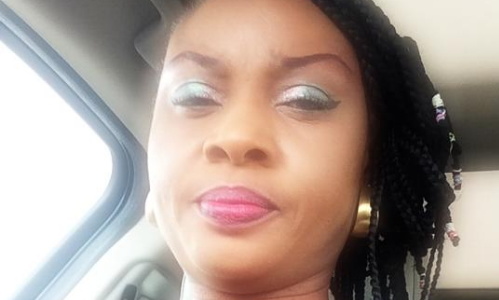 David Aiyedogbon fights back
Following his refusal to apologize, ex-husband of the missing woman, Mr. David Aiyedogbon, dragged Lagos-based lawyer, Emeka Ugwuonye, to the Nigerian Bar Association over what he described as unprofessional publications against his person.
A letter dated August 22, 2016, titled: “Petition against Emeka Ugwuonye for Unprofessional Publications and False Allegations,” addressed to the General Secretary of the Nigerian Bar Association, urged the professional body to investigate the matter and invoke appropriate disciplinary actions against the lawyer. Till date, Mr. Ugwuonye has not responded to a query issued him by the NBA, following Aiyedogbon’s petition.
Also, for falsely accusing him of having a hand in the sudden disappearance of his estranged wife, Mr. Aiyedogbon instituted a defamation of character suit of N10 billion against Ugwuonye.
The suit, with number CV/2750/16, between David Aiyedogbon (Plaintiff) and Emeka Ugwuonye (Defendant) on defamation of character before Justice Peter Kekemeke of the Federal Capital Territory High Court 14, Apo, Abuja, also prayed that the defendant be ordered to pay the cost of the suit.
The plaintiff is also seeking an order of perpetual injunction “restraining the Defendant, his Agents, Privies, Associates or whosoever called” from making further defamatory publications against him and his family members. The matter is adjourned to May 18, 2017.
Sources also revealed that Mr. Aiyedogbon’s lawyer, Tony Ogbulafor, may have also filed a personal suit against Mr. Ugwuonye for wrongly accusing him of giving a bribe (in an envelope) to a policeman to detain him.
Police sources also reveal that while some persons have already been charged to Court (awaiting trial) for their roles in the disappearance of Charity Aiyedogbon, others that have questions to answer will also be charged soon, to explain their roles in the controversy.
Meanwhile, the suit purportedly filed by Chacha at the Federal High Court, Lokoja, wherein Barrister Nsikak Udoh represented her has been decided in favour of David Aiyedogbon.
One year after, Chacha’s case is getting more interesting. We await the explanation of those in possession of Chacha’s car and handsets on their roles, accomplices and her whereabouts.
While we wait patiently for the unfolding drama, the Police must realise that Nigerians and indeed the world are watching. They must address Nigerians now on the extent of their investigation.
Again, Police must expedite actions in charging suspects to court. Waiting endlessly on the matter does not help the course of justice.
One is still at a loss as to why the prime suspect in the matter, Jekwu, is yet to be declared wanted and why Charity Aiyedogbon has not been declared missing. The Police must clear the air now.
As the whereabouts of Charity Aiyedogbon remain unknown, I join millions of Nigerians to demand that Emeka Ugwuonye provides his “overwhelming evidence” regarding what happened to Chacha or get prosecuted for false information and criminal conspiracy.
. Ugorji writes from [email protected]