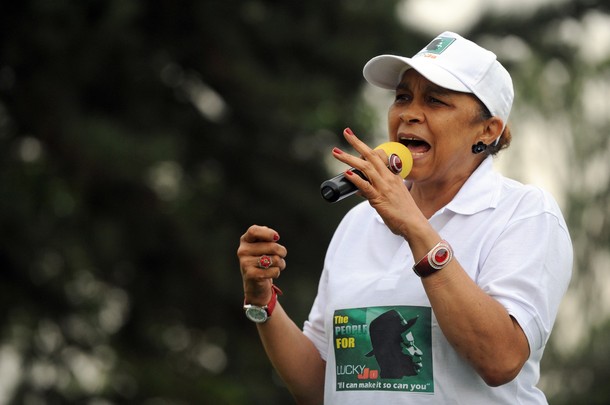 Drama ensued at the ongoing National Conference on Thursday as a member of the Committee on Devolution of Powers, Ankio Briggs, a Niger Delta activist, submitted a minority to the Conference.
Briggs’ disagreement with the report of the committee might not be unconnected with the issue of the 13 per cent derivation principle, of which the Committee decided to maintain the status quo.
It could be recalled that Briggs in interview with newsmen said that she was not in support of maintaining the status quo on the issue of the 13 per cent derivation principle.
The minority report has divided the delegates at the Conference.
The Niger Delta female activist presented her minority report to the Conference on Thursday morning after the committee’s Co-chairmen, former Governor Victor Attah of Akwa Ibom State and Ibrahim Coomassie, a retired Inspector General of Police, submitted the main report.
A delegate, Alhaji Bello Haliru, raised a point of order, saying the rules of the confab do not allow for a minority report because it states that only consensus or 70 per cent would be adopted.
Briggs had in her report supported an increase in derivation to resource producing states to at least 50 per cent from current 13 per cent, as well as state police, issues rejected by her committee.