Ministry of Mines declares huge input to GDP in 2021 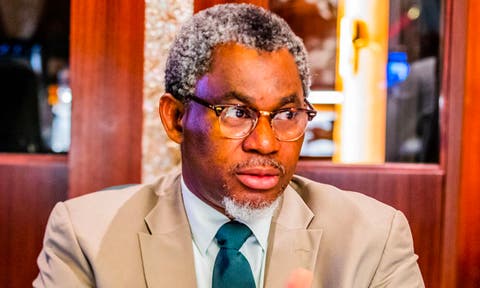 The Ministry of Mines and Steel Development (MMSD) Monday announced that it contributed N7.8 billion to the country’s Gross Domestic Product (GDP) in 2021.

The Director of Artisanal and Small Scale Mining (ASM) Department in the Ministry, Patrick Ojeka, made the disclosure to the News Agency of Nigeria (NAN) Monday, in Abuja.

Ojeka related that the N7.8 billion was realised by the Ministry through its agencies and departments.

According to him, the Mining Cadastra Office (MCO), an agency of the Ministry, contributed substantially to the amount.

Recall that MCO, at a news conference recently, revealed that it made N4.3 billion as revenue in 2021.

MCO is an autonomous agency of government saddled with the responsibility of managing and administering mineral titles.

Ojeka further indicated that the Ministry’s contribution to the GDP in 2021 was unprecedented compared to its past contributions.

“The ministry in its effort to put the sector in its rightful place came up with a Road Map, inaugurated by the former minister and incumbent Governor of Ekiti State, Dr Kayode Fayemi.

“The road map made the sector attractive to investors and has placed the sector on the path of growth and development.

“Fayemi also accessed N30 billion for the ministry. It was a great achievement; the fund helped to upscale the performance of the sector to a higher level,” he said.

The Director said that the current Ministers in the MMSD had also done well since they assumed duty, adding that the Ministry had never contributed up to the amount to the GDP in the past.

According to him, the Ministry would soon begin to capture the biometrics of more 2000 artisanal miners that registered in cooperatives across the country.

He explained that the essence of the biometrics capturing was to know their locations and monitor their operations.

“The biometrics will help to locate and apprehend artisanal miner that commit offence; it will help in locating where they are conducting mining operations.

“Currently, the ministry has formalised the operations of over 2000 artisanal miners that registered into different cooperatives. We want to go beyond formalisation; we want to have their biometrics.

“We have procured biometric equipment that will soon be deployed to the field for the exercise and we will issue them Identity Cards.

“We noticed that some artisanal miners have been formalised several times due to their movement from one field to another, but the biometrics will henforth prevent double formalisation.

“The Federal Government does not call artisanal miners ‘illegal miners;’ they are miners that are scratching the surface of the land to earn their living. We call them artisanal miners.

“As far as they have been formalised into cooperatives, they can access small scale mining licences from the MCO to conduct full mining operation,” he said.

Ojeka further indicated that the agreement had been reached with artisanal miners operating on tenament (land) that belong to mining investors to sell minerals mined on the tenament to the investors.