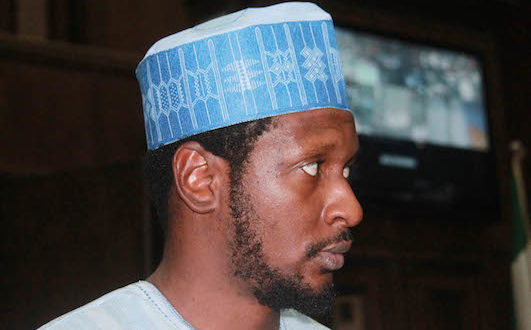 Muhammed Bello, the Minister, Federal Capital Territory, has called on the Bureau of Public Procurement to amend its threshold for agencies to allow for easy procurement process.
He made the appeal on Saturday in Abuja during the public procurement retreat for Chief Executive Officers and accounting officers of parastatals and agencies of the Federal Government organised by the BPP.
The theme of the retreat is: “Public Procurement for Sustainable National Growth”.
Bello said that although the threshold to limit what the CEOs could procure without going through the BPP was very important, it limits certain activities that should ordinarily be carried out with ease by the agencies.
He said: “The Procurement Act and procurement officers have to be able to appreciate the reality on ground that certain transactions are certified under direct labour.
“For those of you who are heads of agencies that provide social services you find out that there are certain services that have to be carried out and paid for on a daily basis, like cleaning the premises, removing refuse, fumigation and so on.
“You need to be given the freedom and flexibility to deploy resources quickly and promptly to address those issues that if you wait for a long process will generate into something much more bigger, more expensive and maybe even more dangerous.
“So, obviously allowing people a maximum of just N250, 000 is just not tenable now.”
Bello also advised the CEOs to promote local content when procuring, adding that in the past, local entrepreneurs found it difficult to get patronage from the government.
He said that though progress has been made, the CEOs as implementers of the Public Procurement Act, should develop local businesses because it is the greatest way to generate employment and economic prosperity for the people.
Hon. OluwoleOke, Chairman, House Committee on Public Procurement, also appealed to President Muhammadu Buhari to constitute the National Council on Public Procurement as required by the PPA 2007.
He said that the act guiding procurement in the nation had been in operation for about 11 years and had been critically evaluated by both chambers of the National Assembly.
Oluwoleoke said: “We have seen loopholes and judicial pronouncements and litigations and there is the need to review the PPA.
“I promoted this bill and it has gone through third reading. We have had concurrent meetings and the bill is on its way to the president for assent.”
He said that most of the cases charged to court by the Economic and Financial Crimes Commission and the Independent Corrupt Practices and other Related Offences Commission to wage war on corruption is from disobedience to the PPA.
While welcoming participants, the Director-General, BPP, MammanAhmadu, said that it was the responsibility of all heads of agencies to ensure that Nigeria escapes from the throes of corruption, which thrives on public procurement.
He said that effective budget implementation could not be overemphasised because an efficient public procurement process would allow for national productivity, development and growth that are sustainable.
He, however, charged all accounting officers to ensure unparalleled conduct in the discharge of their duties and report all unethical practices in the public procurement process to the BPP for appropriate actions.